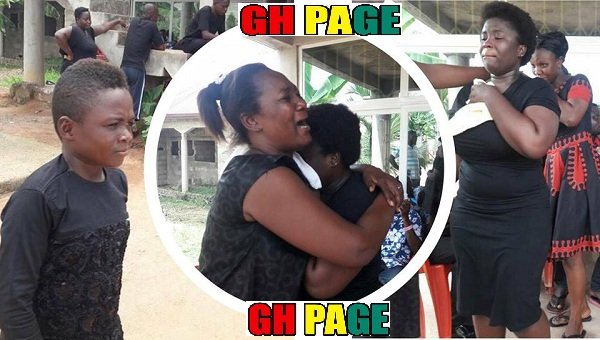 The ‘notorious’ prophetess who has self-styled herself as the spokesperson of God went on to allege that Maama Serwaa is among the 30 percent of Kumawood actors who have gone through money rituals to make themselves rich.

According to her, the actors were using their father for the rituals and has now turned on the mothers, brothers and other relatives.

On Maame Serwaa she claimed the young actress has been initiated into the act where she has used her mother, Rose Benson, as a sacrifice to help purchase a car.

“You said, you want to buy yourselves a car, so you killed your mother just like how your other colleagues in Kumawood have been doing.”She said

“You just finish Senior High School and you said, you want to be called madam, so you killed your mum, how disgusting to hear that from you, Maame Serwaa.”She added

Maame Donkor claims Maame Serwaa used her mum for rituals although there’s no investigation done on that has purely based it on ‘prophecies’.She is a naysayer I must say.

Also,Yaw Dabo and Other Kumawood ‘personalities’ mourn with Maame Serwaa as she loses her mother