I made up rape allegation against Medikal – Rosemond Brown 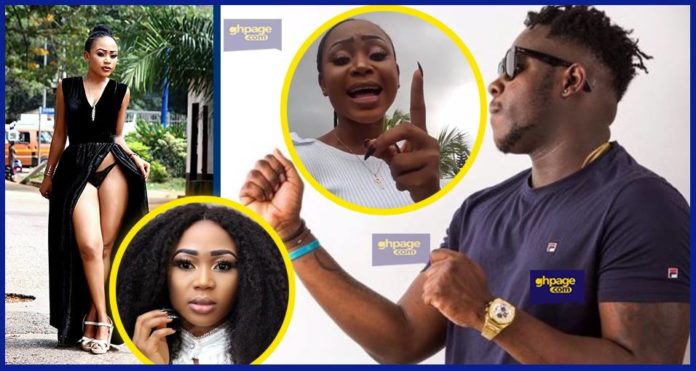 Actress and slay queen Rosemond Brown aka Akuapim polo has finally confessed that her wild allegation against AMG’s Medikal for trying to rape her was just a publicity stunt.

According to her, she met the rapper who admitted to her that he loved her videos and she promised to make one for him.

Also Read: Rosemond Brown reveals those she has slept with in the movie industry

“Oh, Rosemond Brown; I’ve been watching your videos each and every day, five times a day before I sleep.” she said Medikal told her when they met.

“And I said oh really. And I told him that I will give him a video… [Medikal is] aware that I will do a video for him but he didn’t know what I was going to say in the video…”

So that video she promised him turned out to be the wild allegation of rape against the rapper!

According to her, she doesn’t plan her videos and she just says what comes to mind which she thinks would trend.

“I just stand up and do the video, and I do a trending one. I can be with you right now and when I do it, you would think I am mad” she said on Neat Fm Monday.

“It’s just a joke and he knows that it is a joke. And I informed him before doing the video”

Medikal, however, has called for an apology from her for tarnishing his image.

Obviously, when she said she’ll do a video for him he couldn’t have known her attention addicted brain would accuse him of rape!