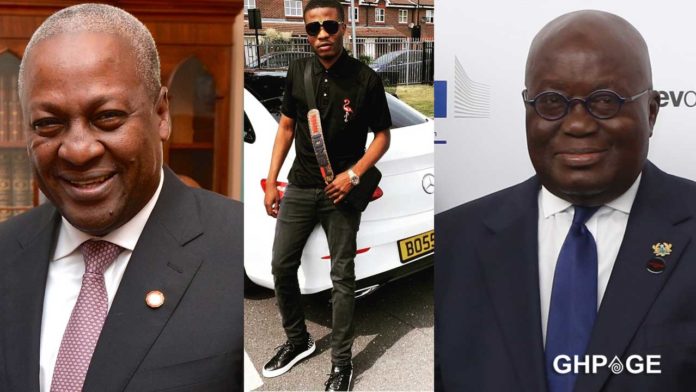 KOD who is known for his huge support for NAM before and after the Menzgold saga in a Facebook live video disclosed that in as much as Ghanaians describe Mahama as a bad person his government was better than the current government.

Explaining his comment, he stated that during former President Mahama’s tenure in office, citizens were complaining of how hard the system was because there was no money in the system.

But now, these same citizens are saying though they complained of hardship during Mahama’s era, things are rather worse under Akuffo Addo.

KOD continued and stated that the reason behind Ghana’s hardship was because the finance minister Ken Ofori Atta who is handling the finances of the country is advising Nana Akuffo Addo because he has eyes on becoming the President in future.