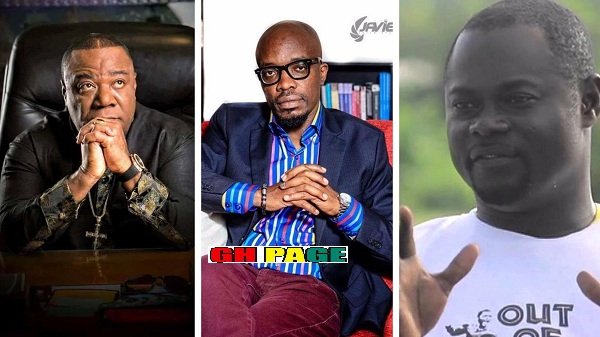 Divorce used to be big deal in Ghana. Hardly will you hear of divorces when some of us were growing up. Couples were willing to stay and work through things if for nothing at, for their children.

Not anymore, now pastors, lawyers, motivational speakers, counselors etc preach divorce as the sure way to settle marital differences and it’s frankly sickening. Well, divorces are now abundant. It’s now common to see even less than a year marriage that has collapsed. The old attitude of staying and making things work is now dead.

In as much as there have been many celebrity divorces in recent times, some of them made more headlines than others. Some of them took as by surprises mostly because of the status of the people in involved in societies and the unexpected circumstances surrounding the divorces.

SEE ALSO: 6 Ghanaian Male Celebrities Who Married/Engaged To Older Women – Number 3 Is 10-Years Younger Than His Wife (With Pictures)

Ghpage.com takes you through 5 male Ghanaian celebrities divorces which shocked everyone. Check Them Out Below.

As to what really cause it is still not very clear but Ato Kwamena Dadzie admitted he was very happy the divorce happened.

According to the news at that time, Duncan Willams and the wife were having marital crises as far back as 2001 but had to part their separate ways in 2008.

Archbishop Duncan Williams was heavily criticised for divorcing his wife as a man of God. He later got married to a United States-based international consultant, Rose Whitaker.