Man, 35, sleeps with his 2 biological daughters and impregnates stepchild who is 17 – Details 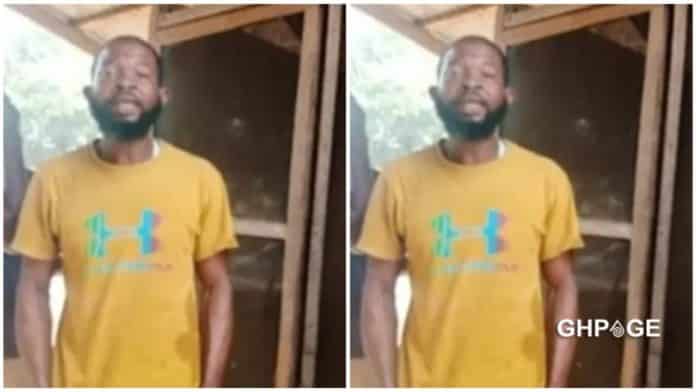 Nana Osei Twum Barimah, the chief of Kwahu Nsabaa has asked for the prosecution of a 35-year-old man who has allegedly admitted to sleeping with his two biological daughters and then impregnating his 17-year-old stepdaughter as well.

According to reports, the incestuous act was perpetrated at Kwahu Nsabaa in the Kwahu West Municipality in the Eastern area by a man named Issaka.

Abena Joyce, a 30-year-old mother told Agoo FM that her husband uses her absence to have sex with her daughters.

According to reports, the local chiefs have viewed the act as sacrilegious and poured libation on Thursday to cleanse the town.

Issaka, according to Nana Osei Twum Barimah, must face the rigors of the law in order to serve as a deterrence to others.

Whiles speaking with the media, Nana Twumasi Barimah is reported to have said:

“This is unbelievable, Nananom have poured libation to cleanse the land, it is up to the family to report the matter to the police for the necessary action to be taken. The libation was taken after the children confirmed to us that, their father has been engaging in sexual intercourse with them.“

“The stepdaughter also confirmed the man is responsible for the pregnancy, and he also admits something of that sort happened”