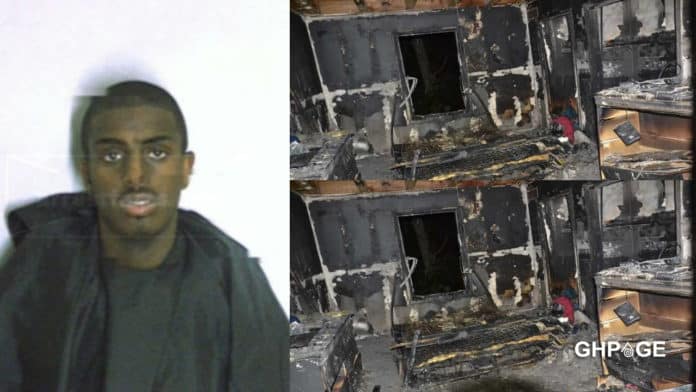 A 29-year old man has been arrested and sentenced to 20 years imprisonment for setting a lady’s house and car on fire for rejecting his proposal.

The young man identified as Jerel Jay Wilson was found guilty of simple battery and also first and second-degree arson.

According to Prosecutors, Jerel broke into the woman’s bedroom while she was at work and set fire to her apartment after stealing her television out of jealousy.

He then proceeded to set her car on fire a few weeks later after physically attacking her at a hotel parking lot.

The incident took place on September 10th 2018 at Cobb County.

After investigations, it was revealed that Jerel sent a text message to the woman which read ‘I apologize’ after the second encounter.

The Cobb Superior Court which was presided over by Judge Ann B. Harris who was astonished by his lack of concern and insight for his conduct, sentenced him to 30 years with 20 years to serve in person and the balance on probation.

She also issued a permanent protective order, prohibiting Wilson from any contact with the victim.