The traditional marriage ceremony between Kennedy Osei and his long time girlfriend Tracey Ameyaw is still been discussed on social media and on some television and radio platforms.

The wedding hashtagged Kency2020 saw a rich display of wealth and culture as both the bride and groom were all well to do and coming from a very rich home.

Kency 2020 no doubt is one of the expensive weddings to have been organized in Ghana for some years now as social media users are still not done talking about it.

A lot of photos and videos have surfaced on social media in respect to the traditional wedding but the new video that has caught our attention is that of a man who tried to play smart during the event.

Well, in a video a young man who was a guest tried to amess little wealth for himself by stealing some of the money been spread on the couple by the other rich guests that came around.

Little did he know that there was security around monitoring everything as he was caught and the money taken from him before he could make up his mind of leaving the place. 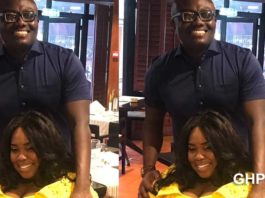 Bola Ray speaks on the death of his Personal assistant Laillah-Crystal... 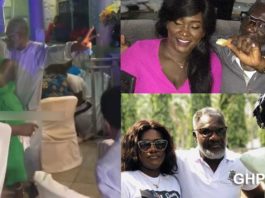 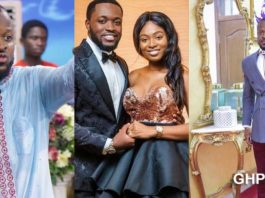 Meet the prophet who prophesied the lavish wedding between Tracy &... 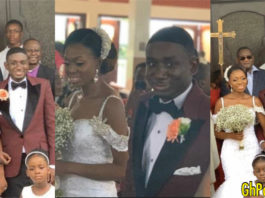 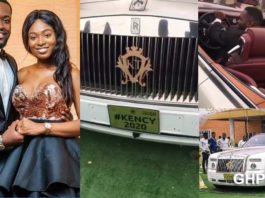 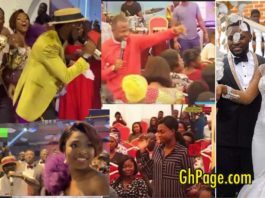 Throwback video of a Prophet prophesying to Tracey that she would...