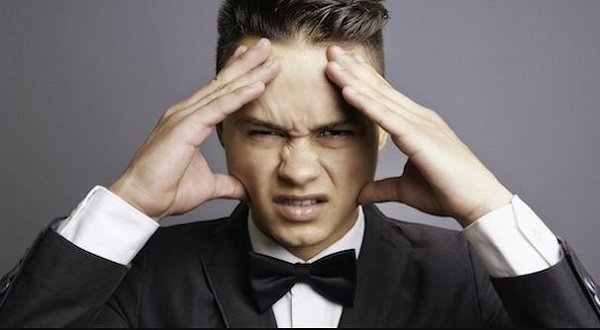 It will definitely be painful and sad to see your incoming bride lying in bed with your chosen best man exactly 3 weeks before your wedding.

A man had just a few weeks to tie the knot with his longtime fiancee, but before he could pronounce the words “I do” to her, he tripped upon a nasty secret between his long-loved partner and his best man.

It was at long last revealed that the man’s 5-year dated girlfriend was sleeping with his best friend who was chosen to be his best man.

“What will u do if u find out ur fiance/fiancee is cheating on u with d bridesmaid/bestman 3 weeks to ur wedding?. My friend is devastated right now & totally confused,He gav me permission to post his story. He caught his fiancee wiv his best man(best friend)”

“They’ve been dating for over 5yrs & got engaged last year and the wedding is suppose to happen in 3weeks.. He love this babe so much, he’s done stuff for her, he treated her like a Queen and respect her.. most times wen she comes around to his place”

READ ALSO: 10 Sure-Fire Ways To Say “I Love You” Without Saying It – Better To Act Out Your Feelings

“His friends r around after work.. He introduced her to one of them who is his best friend years ago and not best man but I guess they went behind his back and took the introduction to another level.. although he said he was suspecting the closeness”

“But he thought he was just paranoid and didn’t think a thing like that could happen between them..cos he trust both of them.. but for years they’ve been doing stuff behind his back..They all hang out, eat together and gist but nothing prepared him for this”

“He traveled few days ago and was suppose to come back Thursday..but 4days ago, another friend called him to inform him that something is not right with his bride to be and his best man that he is only telling him cos he feels it’s d right thing to do”

“He cancelled his travel from Thursday (4days from now) and brought it to yesterday..he arrived Lagos and went home straight but in mind he was praying that everything he heard was not true..he got home (his fiancee stays with him) and used his key”

“He went straight to the bedroom and when he opened the door, he said he almost fainted.. everything was true.. she was in bed wiv his best man and he said he didn’t know wat to do but that if he had reacted,he wud have attacked his friend because he betrayed him”

“So he said he just turned back and closed the door and left the house for them .. he went to his mom’s house but don’t know what and how to tell her what he saw .. How do u tell u mom u saw ur bride to be in bed with your best man 3weeks to ur wedding”

“Everything is done and ready .. invitation cards sent out, hall booked.. and the funniest thing she’s been calling and texting that it’s a mistake and she’s sorry but he should not cancel the wedding cause people will shame her and insult her”

“She even got her mom to call him to talk to him but she didn’t tell her mom d reason y he’s angry wiv her, she just tod her mom that they had a fight and he’s not talking to her.. my friend said he doesn’t know how and if to tell his fiancee’s mom wat he saw”

“He’s confused and doesn’t know what to do, if to cancel d wedding or tell his mom or his fiancee’s mom what really happened but according to him he can’t trust her again or his best man and can’t have d wedding with her and he has tod her already”

“But how will he tell his family and her family about his decision to cancel the wedding..visitors coming for d wedding, how will he inform them.. he needs to know the right way to handle this situation..he is reading my thread so pls tell him”

READ ME TOO: GUYS take note; 7 Things almost every woman wants after $ex