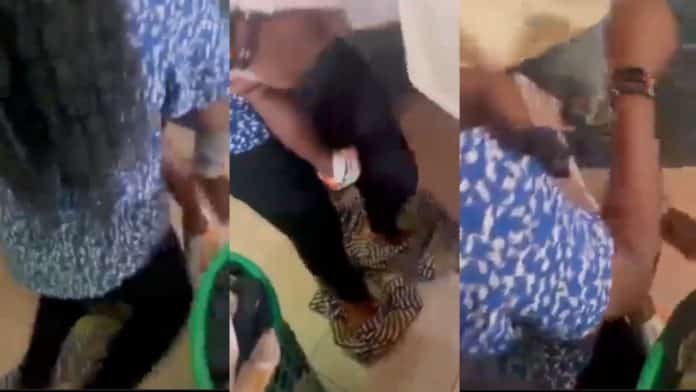 A distraught man could not hide his frustration after discovering the true paternity of his kids, whom he had ostensibly had with his wife.

In a video that has gone viral, the man confronted the woman and expressed his displeasure with her.

All along, the man had been taking care of another man’s kids, which his wife was bent on keeping to herself.

Until the DNA tests were done on the kids, the man had thought and believed that all the kids he had belonged to him.

With tears in his eyes and pain in his heart, he confronted the woman and hurled curses at her.

“God will punish you for allowing me to take care of another man’s kids.” “All along, you have been sleeping with another man, and I have been taking care of his kids,” the man said.

At that moment, the woman had gone on her knees to plead for forgiveness. He asked the man to forgive him for lying to him about the true biological identity of the kids he had been taking care of.

Check out the video below.

The phenomenon has been on the rise in recent years. What could the cause and the remedies thereof?