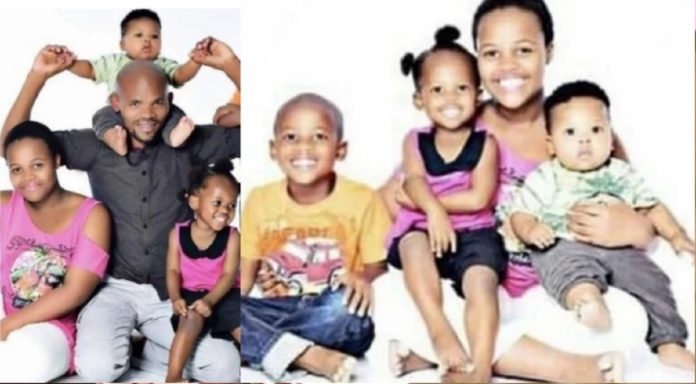 Ghpage.com has sighted a rather unfortunate and sad story about a man who murdered his four children after his wife decided to divorce him.

The 44-year-old South African identified as Subusiso Mpungose hanged all his four children with their school belts just to get back at his wife.

Subusiso committed this outrageous crime after his wife Xolisile who is a teacher left for work.

He went to his children’s school to pick them up and later took them to their marital home where he hanged them after sending the oldest child to buy snacks for his young siblings.

He also tricked his stepdaughter, his wife’s daughter from a previous marriage, Ayakha who is 16 years to come out from school and also hanged her in the nearby woods.

Subusiso later called the biological father of 16-year-old Ayakha and told him to come for his parcel in the woods.

Subusiso’s wife who suspected strange movement of her husband from her children’s schools to the house informed the police about her suspicion.

The Police were assigned to go home with her and that was where they found the children hanging in the room and the oldest handing in the woods.

Subusiso later tried to commit suicide after he went into hiding but was arrested by the Police.

He was later charged with four counts of murder and faces possible life imprisonment.