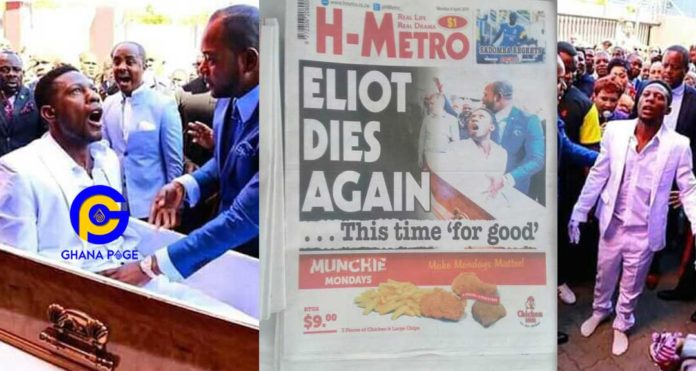 According to the report sighted by Ghpage.com, Elliot died last week in a village called St Luke in South African. The report claims that Elliot’s stomach swelled for 3 days and he died on the 3rd day.

Sadly for the man who was resurrected, there was no one around to resurrect him this time. He was buried on Saturday at a private ceremony. He was survived only by his wife since they had no child.

SEE ALSO: Photos of the man who was resurrected by Alph Lukau chilling with fiancé

When H-Metro reached out Lukau’s Alleluia Ministries International, they refused to comment and insisted that the family of the late Elliot faked the miracle; they had nothing to do with it.