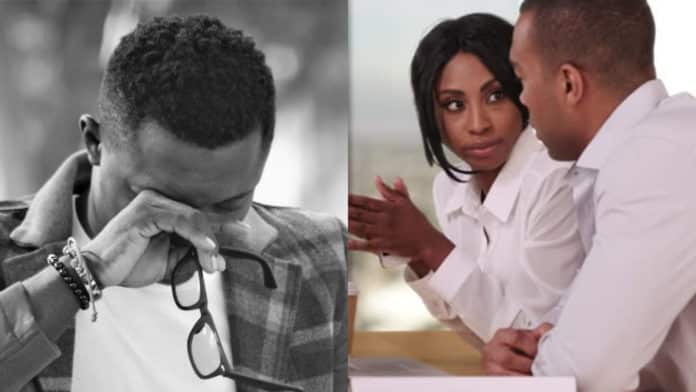 A man was sacked by his company for complimenting a female colleague and going ahead to make flirtatious comments on her boobs and how round they looked.

Chinedu Junior reported on social media that the only reason his HR had to sack him from the job was the comment he passed on the lady.

According to the story, this man always complimented the female colleague but does not allow it to end there. He moves on to speak about her breasts.

His comment hinged on the fact that the female colleague’s breasts looked fuller as though she had been breastfeeding. Chinedu Junior said he made those comments without any ulterior motive or malice.

However, his comments did not sit well with her female colleague Deborah and as a result, reported him to HR. Just as the year started, Deborah had reported Chinedu to HR without his knowledge.

Deborah announced on social media that, it was her way of shutting him up forever and ensuring that he was relieved of his position and job. 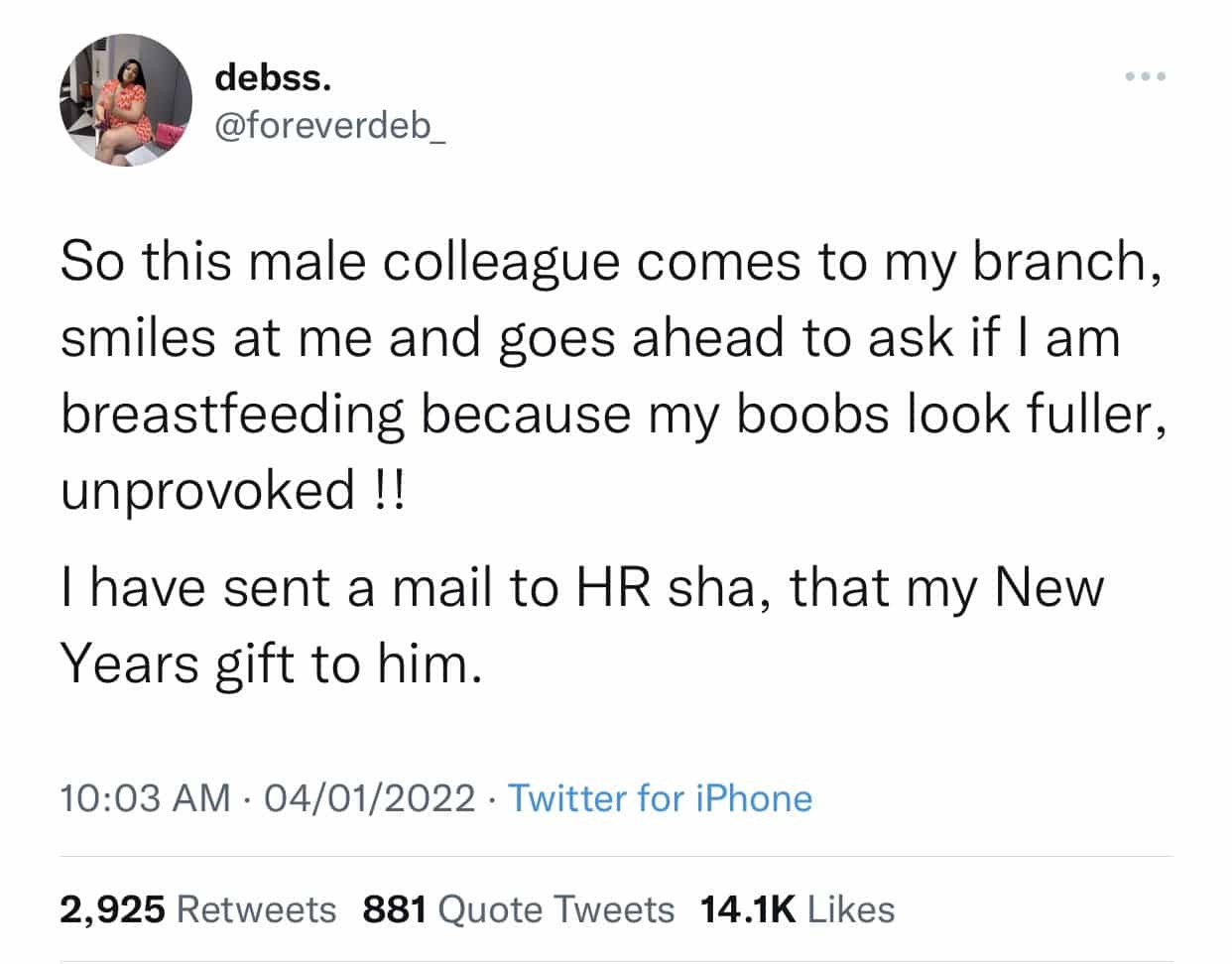 Chinedu expressed horror after receiving his sack letter. In a social media post to seek sympathy, he spoke about the fact that he had no intentions of harassing Deborah which, in turn, probably informed her decision to report him to HR.

I was fired for sexual assault today.

When I got into the office, I saw my colleague.

She was looking more beautiful and refreshed after the Xmas holiday.

So I decided to compliment her beauty.

I said to her, “You look so beautiful and your breasts fuller.

“Are you sure you are breastfeeding your son at all?”

I said this innocently and nothing more.

Unfortunately, she got upset and reported me to the management for sexual harassment.

The board had a meeting today and terminated my contract.

I felt the matter was exaggerated.

I didn’t intend to disrespect her.

I merely joke and now I have lost my job.