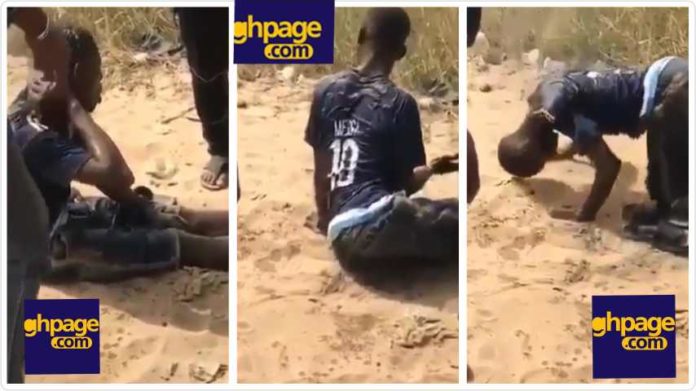 The pain medication is used in arresting moderate to moderately severe pain but is being abused by youths these days.

GhPage.com has sighted a video of a man who was seen walking with his head after he took some ‘hard drugs’.

Read Also :Shatta Wale found in a pool of blood after abusing Tramadol

In the video which is going viral, the young man is seen struggling to catch his breath as  people gathered around the scene looking  at him displaying  his abnormal act.

They later poured water on him after which he started walking with his head on the ground, putting his head and hands on the ground and started moving around.