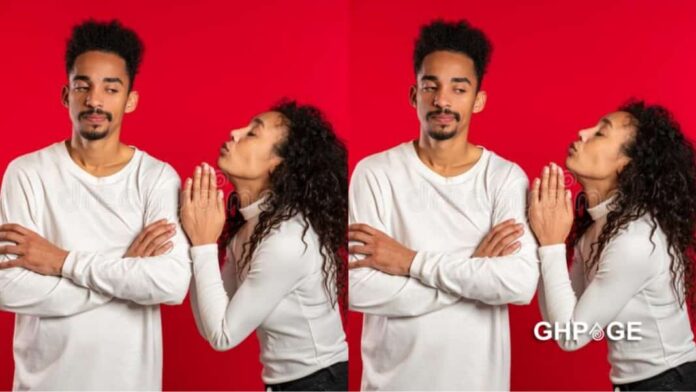 A young Nigerian man has sued the money he saved to marry his long-time fiance to relocate to the UK after his lover insisted the budget was paltry.

Most women nowadays will prefer an elaborate wedding, just for social media’s sake & to oppress their fellow friends.

Then when they are struggling to survive in the marriage they will start calling their husbands irresponsible.

According to a tweep who shared the story on his timeline, the guy has saved a total of 1 million Niars which is equivalent to 32,204.57 for their wedding but the lady claimed it was too little for the type of wedding she wants.

Heard a gist of this guy that told his babe that he only has ?1M to spend on their wedding.According to him,he upped the budget to 1M cos the lady’s family were having a bad time financially.But the lady insisted 1M is too small,so the guy cancelled the wedding and japa to UK

Let me add a bit of background so you can see that boys are trying . The would be best man told me his friend initially wanted a very lowkey stuff cos money no too dey and the fact that he’s the only one to shoulder everything.

It was out of i want to satisfy my babe that made him shift ground only for her to say 1m sef no go reach. This is a woman that will not be spending a dime o. Even the schools they applied to for Msc as a means to japa after wedding,it was the guy footing all the bills. You get !

I have received up to 4 DMs from people corroborating this story using their experience. I’m surprised to know that there are many women like this. One already shared his under this thread as a comment, and others asked me not to share because the said ladies are on this Twitter.

A wedding ceremony shouldn’t be an obligation, it weighs on the man so greatly. When the bride price has been paid and there is full agreement between both parents concerned, let marriage be done.