Man who couldn’t pay hook up girls reduced to cleaner 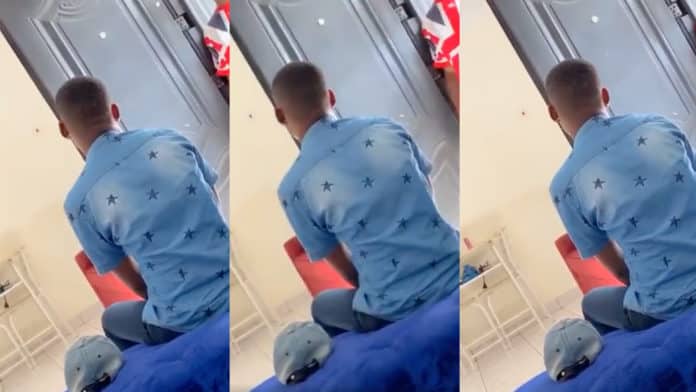 A gentleman was severely embarrassed and reduced to a house cleaner by the hookup girls he had contracted for his pleasure.

Apparently, the gentleman went to meet the girls without having enough money on him to pay.

Due to that, he was denied the chance to sleep with the girls who insisted he made payment before he was allowed his way.

However, he was able to see the nakedness of one of the ladies who had almost taken off her clothes for the gentlemen to have his way with her.

It was then that they inquired about how much he had come with to pay for their services and he responded in the negative…the man had no money on him.

Consequently, he was restricted from having his way with the girls and was prevented from leaving the house. Also, he was tasked to clean the entire house as his punishment

According to the girls, the man would only be allowed to leave the house after payment was made.

The man was rooted to the bed with shame.