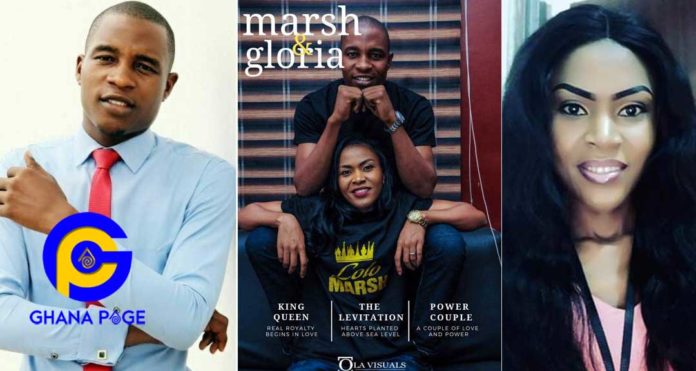 The Nigerian couple, Pastor Marshall Bernard and Gloria Patricks got social media buzzing for about a month with their pre-wedding photos. But from nowhere, Marshall Berard announced yesterday, 16th April that the wedding has been canceled by the bride.

Without going into details, the pastor revealed that he has been crying for hours begging and pleading with his former wife to be to reconsider but she said no, she won’t be part of the wedding.

He, therefore, took to social media to announced the cancelation of their wedding and also to revealed the bachelor’s night which will be held on 19th April will still come off.

Now, here is the twist: According to comments sighted on social media, Pastor Marshall Bernard allegedly slept with the younger sister of Gloria Patricks, whom he was set to wed in few days time.

Gloria Patricks who found out about such betrayal from the man of God decided not to go on with the wedding.

Although Gloria Patricks herself is yet to go public, her close friends who claim to know the true reason why she called off the wedding has been attacking and mocking the pastor for sleeping with his own bride’s young sister.

SEE ALSO: Richie was sacked from VGMA board because of Mzvee-George Quaye

Chaley, if it turns out to be true, then we are indeed in the end times. Ghpage.com is following the story and will update you shortly.

Unseen photos of Pkay, the cheating boyfriend whom Karen beat up with a slipper

GhPage.com has sighted a viral video of a female University of Ghana student who goes by Karen, battering her lover indentified as Papa Kofi...
Read more
Relationship

All the potential boyfriends I meet are broke – Young lady cries

Ladies generally like being in a relationship with a man that is financially upstanding and ladies who able to ‘secure’ themselves a man who...
Read more
Relationship

Even if you don't always agree with their ways, try your best not to put up an attitude that will cause her to dislike...
Read more
Relationship

7 things you should never say on a first date

If your first date ever went wrong, it probably had nothing to do with the venue you chose to eat at but everything to...
Read more