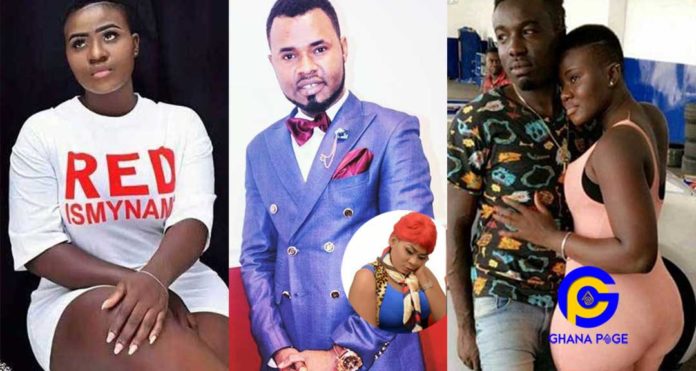 Mary, the ex-girlfriend of Criss Waddle who attempted to commit suicide when she got dumped is now dating popular Ghanaian gospel musician, Ernest Opoku and she has dropped some wild allegations against the musician.

According to the 21-year-old Mary, she has so far had 3 abortions for Ernest Opoku but Ernest Opoku insults her, rain curses upon curses with the name of deities on her at the slightest misunderstanding.

Not only that, recently they had a fight and after usual curses and insults, Ernest Opoku, the same man she has had 3 abortions for called the police to arrest her

The young lady now claims she won’t have any abortion again whenever she gets pregnant for Ernest Opoku because she is too young destroy all her children.

Mary made these shocking revelations when she called Nayas, Ernest Opoku’s troublesome ex-girlfriend to plead with her to forgive Ernest Opoku everything he ever did to her when they were dating.

Listen to their conversation below

SEE ALSO: Criss Waddle ex who attempted suicide explains what happened & reveal more celebrities who have slept with her

Mary made news in Ghana when she attempted to commit suicide a few years ago when Criss Waddle dumped her. Mary was 19 years old when she was dating Ghanaian musician, Criss Waddle