Menzgold: "Nobody cares whether you live or die" - Maurice Ampaw fires Ibrah One over NAM1 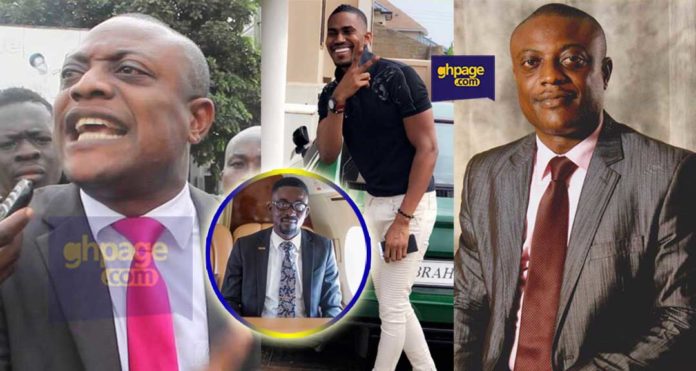 Popular Ghanaian Lawyer, Maurice Ampaw has waded into the Menzgold and its CEO, Nana Appiah Mensah brouhaha and he has turned his attention to the attacks from Ibrah One.

According to Lawyer Maurice Ampaw, Ibrah One can die because Ghanaians do not care and nobody will mourn him because he is not of much importance in this country.

Maurice Ampaw from the report claims the death of Ibrah One will have no significant impact on Ghanaians so he can die for all his cares.

According to the reports sighted by Ghpage.com, Maurice Ampaw said:

“He hasn’t influenced Ghana in any way and even if he has, he won’t be celebrated,”

The renowned lawyer was reacting to statement from Ibrah One that he will commit suicide if Menzgold is able to restart operations on the 28th September 2018 as stated by the management in their press release.

Ibrah One claims Menzgold will never bounce back because they are operating fraud venture at their establishment and he can bet with his life it’s over for the CEO of Menzgold, Nana Appiah Mensah.

NAM1 has already come out to explain that, Ibrah One is hating on him and calling doom for him because he snubbed him somewhere last year when he contacted him for a business meeting.

SEE HERE: NAM1 Exposes Ibrah One-Explains why he ‘hates’ him all these years