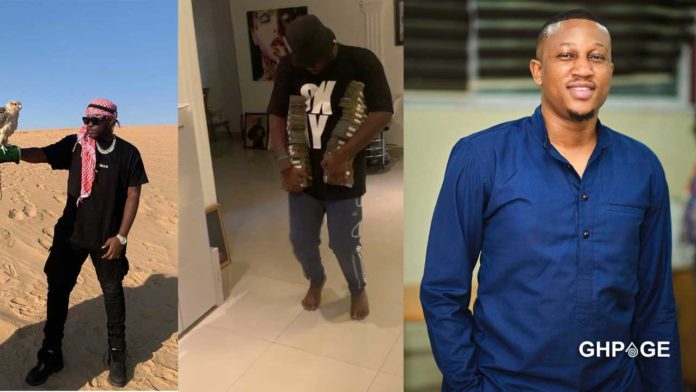 AMG rapper Medikal has called out the CEO of 3Music Awards Sadiq Abdulai Abu for failing to settle him and now making any attempt to pay him.

It would be remembered that some months ago, some artiste including actress Joselyn Dumas took to their social media page to blast Sadiq for failing to settle them after performing and hosting the program.

When we all thought by now the matter has been resolved, Medikal has revealed in his recent interview with Andy Dosty that he is still yet to receive his cash from the CEO of 3 Music Awards.

Speaking to Andy Dosty on Hitz FM, Medikal stated that Sadiq thinks he has outsmarted him by refusing to pay him his money but he has left everything to God.

“I’ve still not been paid my full performance fee but if Sadiq feels he’s outsmarted me and won’t pay me the remaining money, i leave everything to God, I won’t waste my time going to the Police or anything”. he told Andy Dosty.

“As for 3Music Awards and Sadiq, owing me, I leave everything to God. However, if they decide to pay back, I will take. Because ?po kraa nsuo t? womu ‘ he ended.

Sadiq is yet to respond to Medikal as to when he plans to pay him his money.