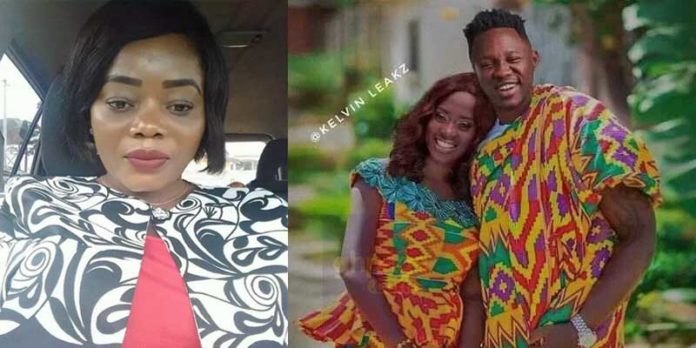 Fella Makafui and Medikal have grabbed all the attention this week; from her ex-boyfriend seizing her two cars and Medikal boldly replacing them with two customized number plate cars.

Secrets from Medikal and Fella’s relationship will keep popping up till the dust settles on it.

A close neighbour of Medikal whose name was disclosed as Afia Papabi, media personnel with Asempa and Happy FM in an interview with Zionfelix has revealed that the highly publicized Audi A8 Medikal dashed out to Fella Makafui after her ex-boyfriend seized all her two cars.

According to the circulating stories, the surprise car for Fella Makafui was all planned pretext just for hype and Afia’s claims if taken into consideration suggests that the car was already in Medikal’s house before it was publicised as a newly bought car.

Afia Papabi who claims to live just a few blocks away from the rapper’s house stated that she spotted Fella and MDK taking out some stuff from the same car’s booth on Friday, November 17.

When Afia Papabi was also asked if she believes that the two entertainers are actually in love or they are doing this for hype, she replied emphatically that as a neighbour of Medikal, she believes there is a love relationship between the two.

However, the Driver and Vehicle Licensing Authority (DVLA) have revealed that there is no registration number FELLA 18-18 in their database.

This clearly indicates that everything about the video on Medikal gifting Fella Makafui a new car appears to be fake. Well, let’s wait for the drama to unfold.