Medikal did no wrong saying he saved Ghana rap – Sarkodie 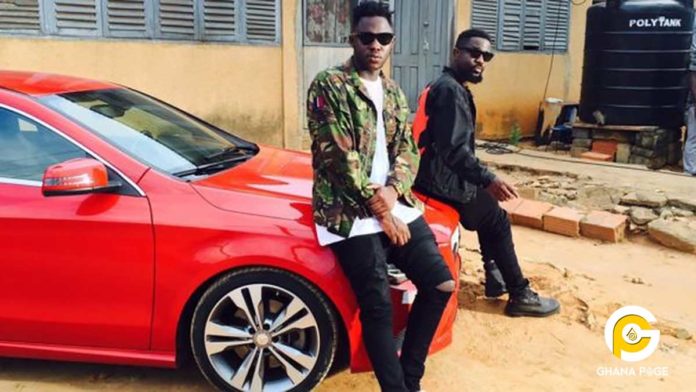 Weeks have passed since AMG rapper Medikal made a comment that several music lovers felt it was a disrespectful comment to have come from the rapper.

According to Medikal, some four years ago he surfaced on the Ghanaian music scene and saved Ghana’s rap music from dying and he promised to continue saving the rap genre in the country.

After his tweet, several people including some old artiste bashed for making such declaration when the likes of Sarkodie, M.anifest, Paedae, and co have nit made such claim.

Also Read: I charge 60k to 70k per show so I can afford a lavish lifestyle – Medikal

When the issue was trending many people were waiting for Sarkodie to say something but he remained quiet until now that he has said something about it in an interview.

According to the prolific rapper, Medikal is a rapper and bragging is a normal thing that comes with being a rapper that is why he had no problem with his comment.

He said at the time Medikal made that statement, that was what he(MDK) felt and decided to express in his tweet.

Also Read: The song wasn’t even my own – Sarkodie debunks GHS20 payment accusation

Asked if whether he got offended by the statement, he made it clear that he has also been making such claim in his rap songs because that is how he feels when he is making a song at that moment.

He added: “So when I listen to Medikal talking about him…I know what he is thinking…he is not thinking Sark is out of the way and I am here…At least that is what I think. As a rapper, you have to feel like that.”