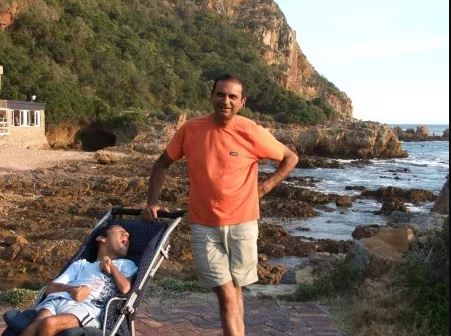 Fayzal Mahamed is an Anthropology and S*xuality researcher in the Department of Social Work at the University of Johannesburg.He lives in Johannesburg, South Africa.

Mahamed is divorced. He takes care of his son, Mustafa Mahamed, who was born with Cerebral palsy and is unable to talk, but can communicate emotions through sounds.

Mustafa, who is now 30 years old, has been living with severe disabilities since birth. He was diagnosed with cerebral palsy at a young age that has been completely debilitating.

In a recent blog post, Mr. Fayzal Mahamed revealed that he physically m*sturbates his disabled son and why he feels it is the best thing he can do for his therapy.

Mahamed continued to explain in a lengthy blog post why he has chosen to do so and hopes to bring light to the taboo subject of disabilities and s*x.

Mahamed explains that from around the time Mustafa was 17, he noticed his son would get er*ctions during bath time and through regular therapeutic massages. It triggered Mahamed to start researching on s*xual functions and disabilities.

Mahamed found in his research, a lot of hush-hush and brick walls. He explained that there wasn’t a lot of help out there for people in this situation.

According to Mahamed, he got confused and overwhelmed with caring for his son but felt as though there must be something he could do.

“As a father who understood s*xual behavior, I knew that my son was trying to express his s*xual feelings because of the arousal that was happening around his body and that this s*xual behavior was no different than most teenagers encounter after puberty in their personal s*xual development,” Mahamed wrote.

He states from insurance issues, therapy was out, and there were no qualified (or legal) s*x workers in the South Africa area where they live so they could serve as an alternative.

After extensive research and discussions with medical personnel, Mahamed decided on a course of action for his son.

“I thought the only way forward was to treat my son equally to other disabled persons and apply the professional advice given to other profoundly disabled persons, namely, therapeutic m*sturbation to relieve and gratify my son’s s*xual expression,” he stated.

It was after this lengthy research that Mahamed came to the realization he would have to provide the therapeutic m*sturbation himself if he was serious about going that avenue for his son.

As Mahamed describes further in his blog, the experience of therapeutic massage was nothing more than a “natural extension” of the care he was already providing for his son. He states it was no different than caring for his son by bathing him or changing a diaper.

Mahamed explained his son’s reaction to the first treatment by saying,

“I remember how my son expressed a sense of relief, delight, and happiness with a smile followed by laughter and other sounds of contentment when I applied the therapeutic m*sturbation.” 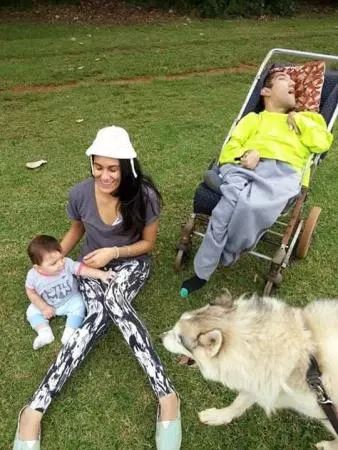 Mahamed in closing stated that he understands the controversy behind the therapy procedures, but hopes his post will bring light to a little-discussed topic.

“I wish to appeal to parents and caregivers to consider that such care and nurture includes s*xual care and this begins by recognizing that all persons with disabilities are s*xual human beings,”