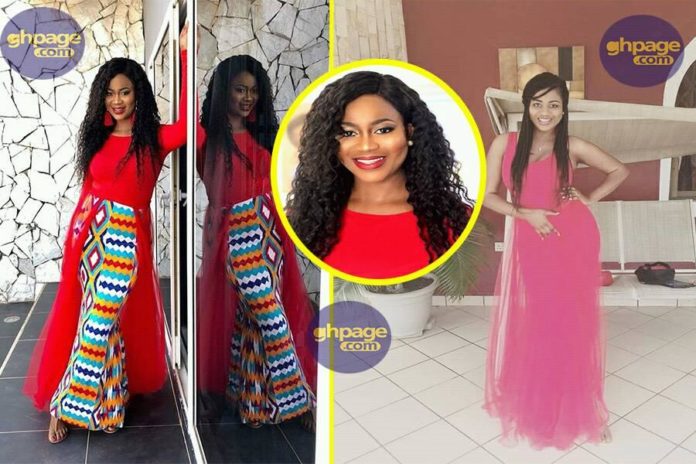 Many Ghanaian female celebrities have raised their voice against men demanding for s*x before they sponsor their projects in the industry over the years.

But, it seems most Ghanaians doubted those claims as it was brushed aside.

However, winner of Miss Ghana 2002, Shaida Buari Nubi has confirmed that men ask for s*x before they agree to sponsor pageants.

In an interview on Angel TV, the former beauty queen insisted there are several men who wanted s*x before they will sponsor her projects.

Award-winning Miss Ghana 2002, Shaida Buari Nubi added that it is common for powerful men in the industry to demand s*xual favors. Sharing one such incident, she recollects being told that she would have to give something in return, she got furious and thought it was about money, but later she was told it’s not about money, that she got shocked and left.

“I came across a lot of men who said if you want to get sponsored, let me sleep with you. The s*x-for-favor phenomenon abounds. Till today, even within the oil and gas industry [where she works], it’s prevalent”, she said.

She indicated that “It all boils down to morality. Thankfully, I can beat my chest that I never allowed myself to be used by any man. No man had s*x with me in the name of Miss Ghana”.

Read Also: Nana Ama McBrown has a gorgeous look in her latest photo