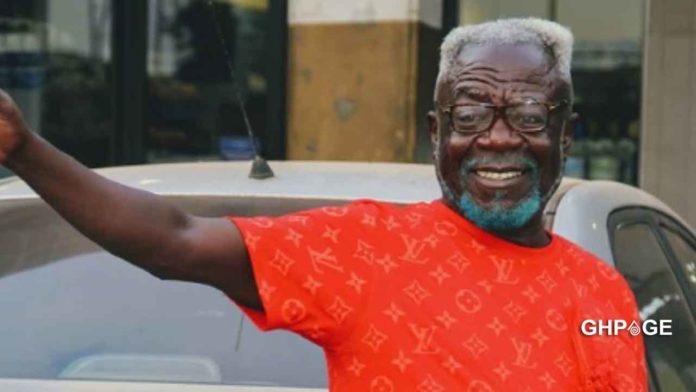 Speaking in an interview with Ghanama TV, the actor who has spent close to 5 decades in the movie industry argued that a man who lives in a single room will never have peace if he marries.

According to highly opinionated Oboy Siki, any man who’s of age and wishes to marry must live in at least, a two-bedroom apartment.

He continued that most modern marriages collapse in their early stages because the men refused to vacate their single rooms before marrying.

In his contentious words that has sparked a massive uproar on the internet;

“If you are a young man living in a single room, don’t marry. The marriage collapse early,”

This doesn’t make the marriage a happy one. What you have to do is you need to rent a separate house for the woman until you are able to build your own house.

“Marrying in a single room is the major cause of most broken marriages,”

Below are some of the reactions from Ghanaians who share contrasting views with Oboy Siki;

READ ALSO: Ashanti’s are suffering because they voted foolishly for the NPP – Oboy Siki

Hannah Boakye – Is it your single room or you have built mansions for people to marry within it ? Mr. man, people cut their clothes according to their sizes, you can’t decide for anyone how to marry

Daniel Amoah – Oboy siki should go through Accra and see how many successful marriages that reside in single rooms in just Accra far better than his own marriage, so long as love and affection existed among the couples. If they have small in their mouth they talk with boasting forgetting that some even married in Accra sleeping in kiosks and they should know the Situation in Africa before talking OK.

Kwame Adjei – Who told you, most of these great families started from single room compound house.with hardwork, God and love nothing is impossible so dont dispise small beginnings. Some people even marry in a mansion but the marriage doesn’t last.