Will Zylofon Media survive if Menzgold collapses?-An insight into how Menzgold controls the Zylofon group 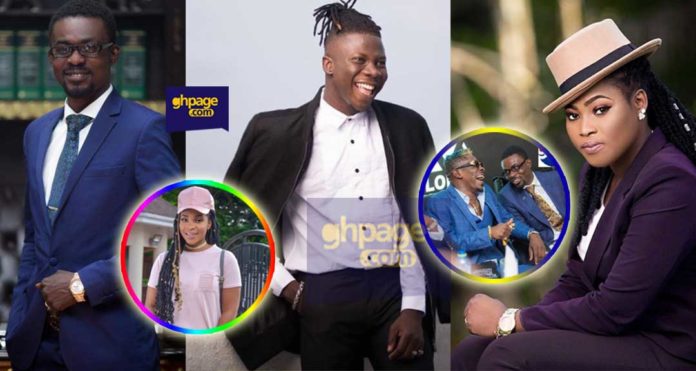 Since the order of closure from the Securities and Exchange Commission went out to the Nana Appiah Mensah’s Menzgold for “Violating Operational Permit”, a lot of questions have been raised out of anxiety for the survival of Menzgold.

But one major question that has been on the lips of many people and it’s worth discussing here on GHPAGE.COM is the survival of Zylofon group.

If the unfortunate thing happens and Menzgold is ordered to shut down completely or even worse, the CEO is arrested for fraud and running “Ponzi Scheme” as being suggested by many well-respected people including the MP Kennedy Agyapong, what happens to Zylofon Media and all the other Zylofon group?

According to reports, Menzgold is the financial backbone of all the other luxurious companies established by Nana Appiah Mensah best known as NAM1.

It’s clear that Zylofon Cash, Zylofon Art Fund, Zylofontheater, the recently opened Zylofon properties and most importantly Zylofon Media do not rake in much money as expected of such huge companies.

Recently, it was revealed that Shatta Wale’s Gringo has made less than GHS10 after being on Zylofon cash for months. So Zylofon cash is completely out of resources to sustain even itself considering the highly skilled personnel employed there.

Although the online movie cinema Zylofon theater has been launched sort of, it’s not even functioning effectively as expected. Obviously, more works are being done to perfect it.

Zylofon Art Fund does not in anyway generate money. At best, it gives out money to creative artists to fund their project and pay back later. Zylofon Properties was recently launched; It is yet to find its feet to compete with the hundreds of other real estate companies.

The only company left standing which many people have high hope to sustain the Zylofon Empire is Zylofon Media. And doing the maths carefully as an entertainment writer, it clear the artists signed unto the label are not bringing enough money to balance the amount spent on them since they were signed.

SEE ALSO: Asamoah Gyan to lose GH¢1.5 Million investment if Menzgold collapses-Here is all you need to know

Zylofon Media has equally signed actresses Benedicta Gafah, Lydia Zynnel Zuh, Bibi Bright and actors, Toosweet Annan and James Gardiner but their contribution is nowhere close to the amount being spent on them. Even Obibni is far better than any of them…lol

Meanwhile, recently, artist and repertoire manager at Zylofon Media, Bulldog revealed NAM1 has pumped not less $20 Million dollars into the industry. So where from that money if not from Menzgold?.

Considering the huge financial influence Menzgold has over all the other Zylofon group? will They stand, survive and thrive if Menzgold does not solve issues quickly and unfortunately collapses?

Will Zylofon Media, Zylofon Cash, Zylofon Art Fund, Zylofontheater, and Zylofon properties survive IF Menzgold goes down? A million dollar question that only time can answer.

STAY WITH GHPAGE.COM FOR ALL YOUR UPDATES

Wonders shall never end. A 10-year-old boy has been accused of impregnating a 13-year-old girl in Russia and this news since surfacing...
Read more
Entertainment

The graduate unemployment rate in Ghana currently is unimaginable. After graduation, the hopes of getting a job to make ends meet are...
Read more
Entertainment

Two halls in Accra Academy were destroyed by fire as reported on Wednesday 15th January 2020. Over a hundred students were displaced...
Read more