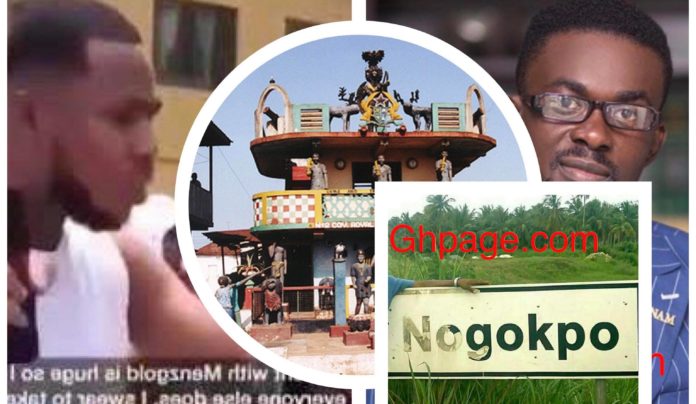 An angry Menzgold customer known as Raphael Sena has threatened to take the CEO of the gold firm Nana Appiah Mensah aka NAM 1 to Nogokpo if he fails to pay him all the money he has invested in the company.

Menzgold Ghana Limited for some weeks now has been in a tussle with the Bank of Ghana and the Security and Exchange Commision over some dealings with their customers which they are not supposed to undertake since they don’t have the correct license to offer such service.

Some days ago, the gold firm released a press statement telling their numerous customers not to be worried since they would soon start paying their dividends which they failed to do on the proposed date.

This made some angry folks throng to the offices of Menzgold to withdraw their monies from them but were met with various excuses and made some of the customers angry.

In a video available, some customers shared their displeasure of the company’s failure to stick to their words by paying them on their due date.

Also Read: We will pay customers their investments in 90 days – Menzgold

Raphael Sena who in the video said he come from the Volta region in the video stated that if all customers of Menzgold decide not to take their monies from the firm, he would because he has invested all his life savings and wouldn’t mind taking NAM 1 to Nogokpo so he retrieves his money.