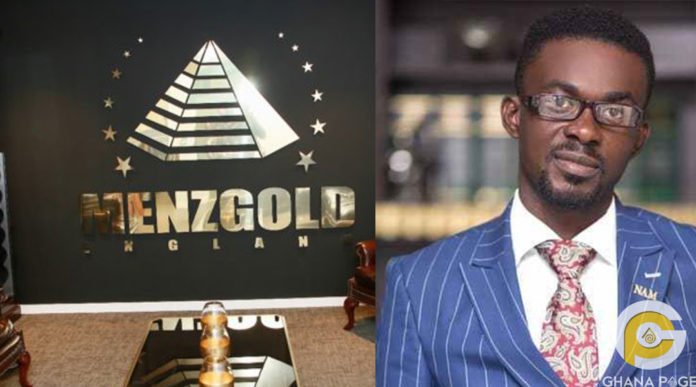 Regulators in the United Kingdom have served notice of a possible closure to Menzgold England.

The registrar of companies stated in the notice that “unless cause is shown to the contrary, at the expiration of 2 months from the above date,[12/02/19], the name of Menzgold England Limited will be struck off the register and the company will be dissolved”.

The company is due to be dissolved considering the notice date, thus the company is likely to lose all property and rights to the English Crown.

ALSO READ: Shatta Wale speaks on Menzgold ‘scam’-This is his message to NAM1

Nana Appiah Mensah, who had been in the custody of Dubai authorities since November 2018 over a faulty gold deal recently won his court case in Dubai and was cleared of all the fraud charges.

NAM1 was expected to return to Ghana to face charges of defrauding by false pretense, however, Public Relations Officer of Menzgold, Nii Amarteifio revealed that the CEO was re-arrested by Interpol, despite the Dubai victory.

Records show that over GHC200 million worth of investments has been locked up as a result of the saga.

The woes of Menzgold began in September 2018 after the Securities and Exchange Commission ordered the company to shut down its gold dealership operations.