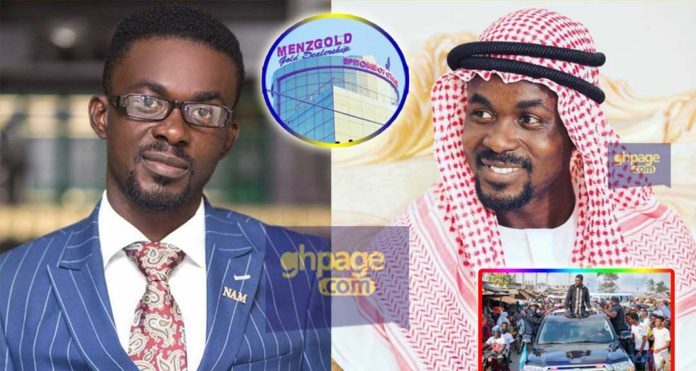 According to a new report cited on Citinewsroom.com, Menzgold although licensed to operate, they are not licensed to sell gold in Ghana as they have been accused of doing by the Bank of Ghana.

According to the report cited by Ghpage.com, Menzgold was licensed not as menzgold Ghana Limited but Menzbanc Ghana limited. And the objective was to buy gold from registered small-scale miners and export solely to other countries.

Part of the report cited by Ghpage.com on citinewsroom.com

The then Lands and Natural Resources Minister, Nii Osah Mills, who signed the agreement on behalf of the government on 22nd August 2016, indicated that “The Company is hereby authorized to purchase gold locally from any person holding a small scale mining license (“small-scale miner”) at the Company’s registered offices in Ghana to export same in accordance with the terms of this Agreement.

Conditions in the agreement that Menzbanc was to follow included repatriating at least 80% of the proceeds from its sale of the gold.

It was also expected make a monthly payment of 0.05% on all of its gold purchases to the Minerals Commission to be used in ensuring sustainable development of the small-scale mining industry while being given the authority to appoint Ghanaian gold buying agents.

The central bank maintained that Menzgold is in breach of section 6(1) of the Banks and Specialised Deposit-Taking Institutions Act, 2016 (Act 930).

BoG further said in spite of several warnings to the company, Menzgold continues to engage in the illegality; hinting that discussions were already underway with regulatory authorities to enforce the appropriate action on the company.

But reacting to the Bank of Ghana statement released a counter statement which partly read:

“Menzgold finds it unfortunate and disparaging that the Bank of Ghana with whom we have had a number of engagements over the years and taken them through our business operations would still issue such a statement”.

Even before the official statement, the CEO of Menzgokld, Nana Appiah few hours after BoG publication too to Twitter to rubbish the notice from BoG and called them names.

He called them a joke and a propagandist institution who is trying to use Menzgold to cover up for their inefficiency of overseeing their licensed banks.

According to NAM1, Menzgold does not take deposits and the Bank of Ghana is not its regulator; it’s rather the Minerals Commission

SEE ALSO: DON’T USE MENZGOLD AS COVER UP FOR YOUR INEFFICIENCY – NAM1 TELLS BANK OF GHANA