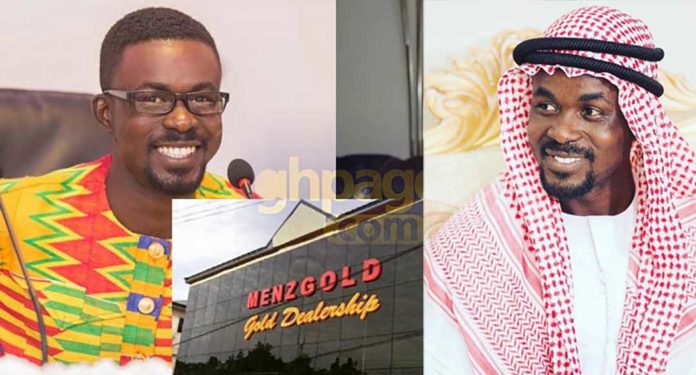 In a report sighted on Myjoyonline.com by Ghpage.com, the CEO Menzgold has sued the Bank of Ghana and the Securities and Exchange Commission for unnecessary interference in its operations.

According to the suit as intercepted by Myjoyonline.com today, Thursday 27th September, the gold investment company claims, the unnecessary interference by the Bank of Ghana and SEC has caused reputational damage to the company.

The plaintiff, Menzgold, insists the notice from both institutions are nothing but abuse of office and it has caused irreparable damage to Menzgold.

The suit filed by Kwame Akuffo, the lawyer for the plaintiff wants an order of the court to refrain the two bodies from unnecessarily interfering in its business.

At this stage, it not clear if Menzgold will resume operations tomorrow 28th September 2018 as stated in the 18th September press release.

Just today, a new press release signed by the head of communication at Menzgold, George Quaye states Menzgold will resume Operations “In the shortest Possible Time”. As to how long the short possible time is, it was never stated.