- Advertisement -
Home Lifestyle ‘I met my husband through sakawa’ – Ashlorm TheZionist details how she...

Photos of a beautiful Ghanaian lady named Ashlorm TheZionist went viral on social media. Social media users were interested in her case as to why and how she got married to a 90-year-old white man.

Well, she blasted critics who criticized for her choice of a man to settle the rest of her life with. That was not all, the young lady took to her social media handles to share more loved up pictures of her with her husband.

The young woman who now identifies herself as an evangelist in a video GHPAGE.com has seen, detailed how she met her husband. And the circumstance that led to their marriage and how she also met Christ.

According to Ashlorm, she was born into a wealthy family but things crumbled when she lost her mother at age 8. She moved to stay with her grandmom in Ho and that was when things started to get worse.

Between the ages of 8-10, she was made to crack stones in order to feed herself and her younger siblings. And failure to do so will result in beatings from her grandmother.

She continued that, all along her father knew nothing of what she was going through in Ho. She kept writing letters to her dad to explain the situation but the uncle whom the letter would land on, would read but tore them into pieces so her dad will not see it.

It was when she got to JHS 3 at Mawuli school, then she was able to connect with her dad again — who came to Ho and took them back to Accra.

Things had still not changed when she came back to Accra as they were living in a single room as compared to the flashy lifestyle they lived when was younger.

She went back to Mawuli secondary school to continue her secondary cycle education. In school, she got introduced to drugs and clubbing. She was always sneaking out at night to go to clubs and was constantly chewing weed.

Queen Ascona, as she was affectionately called in Senior high had a nose piercing, long nails, afro hairstyle in Secondary school and instead of her to learn, took to the learning of raps.

After school, she brought her trunk and chop box back home, took money from the tenants and run away to fend for herself. Which, obviously was to take to clubbing and sort of becoming a street girl to survive.

HOW SHE MET HER HUSBAND

According to Ashlorm, she had a younger boyfriend in the UK whom she had a child with. The guy promised to marry her after delivery which he never did, because of pressures from the guy’s family—that they won’t allow him to marry a lady(Ashlorm) who is from a poor background.

She continued that, that got her depressed. And took the decision to marry the old man to prove to her ex that, he isn’t the only one who can travel abroad.

She said she cried profusely after the marriage to the white man because she had no choice than to do that to survive and most importantly had no one in her life at that time to advice her.

In fact, she married without the knowledge of her family.

As to how she met the white man, she explained it was through one guy she met at Circle, in front of the Vodafone office, when she went there to sell pieces of stuff to survive.

She claimed, the guy introduced her into frauding (what is termed as Sakawa now).

Ashlorm said, even before she met the guy who introduced her, they had already defrauded the man(now her husband) on several occasions and her role is to keep up the pretense so they can continue to get more money from him.

She finally got married to the old white man as she claimed was a fine opportunity to get out of the country—Probably help do away with her depression.

Even when she got to England it became a tussle between her and the guy who introduced her to the man because they kept demanding money from her.

She finally had to confess to the white man who, in a reaction got her deported back to the country — amidst sleeping with multiple partners because she was addicted to sex.

Back to Ghana, she continued her old lifestyle — chilling, sexing, clubbing, smoking and even selling drugs herself. She met Christ along the line and her life changed and is now an evangelist whose focus is to use the word of God to help people who are suffering from depression.

She advised the youth to desist from wayward lifestyle and give their life to Christ. She kept ‘ hammering’ on the fact that her marriage was a mistake and keeps advising the youth not to repeat such acts.

Watch the full video and details below; 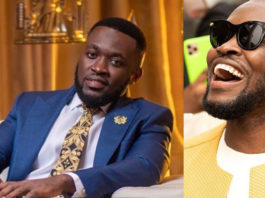 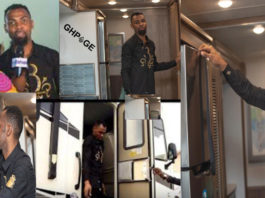 Obofour speaks on his new ‘bus mansion’ which has a bedroom,... 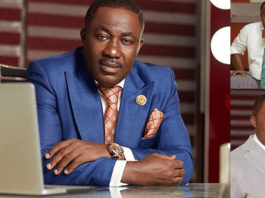 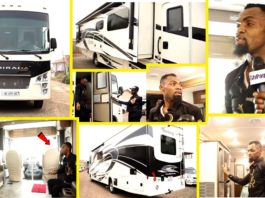 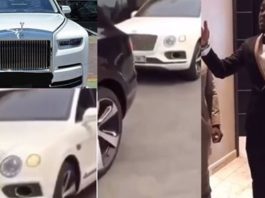 New set of Luxurious cars were used during the wedding of... 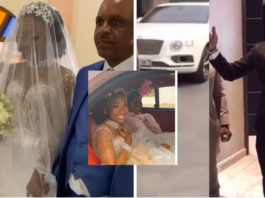