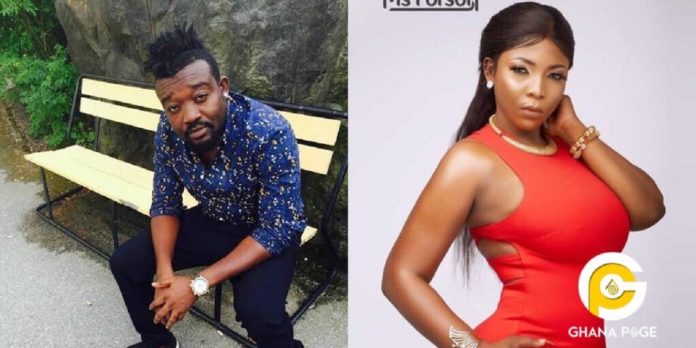 Ms. Forson revealed that the CEO of RuffTown Records, Bullet demanded a huge amount of money from her which she couldn’t afford.

According to Ms. Forson, Bullet demanded an amount of $50,000 to finance her project and since she failed to provide the money she was substituted.

“Bullet wanted me to finance my project and he demanded $50,000 from me all of a sudden which I wasn’t ready for. He had to substitute me for somebody else who probably have that kind of money. He introduced me as Ebony’s replacement before demanding for such kind of money”, Ms. Forson revealed.

It can be recalled that Bullet introduced Ms. Forson as the late Ebony’s replacement at the 2018 Vodafone Ghana Music Awards.

However, out of the blue Wendy Shay appeared and Ghanaians were wondering why Ms. Forson was kicked out of RuffTown Records.