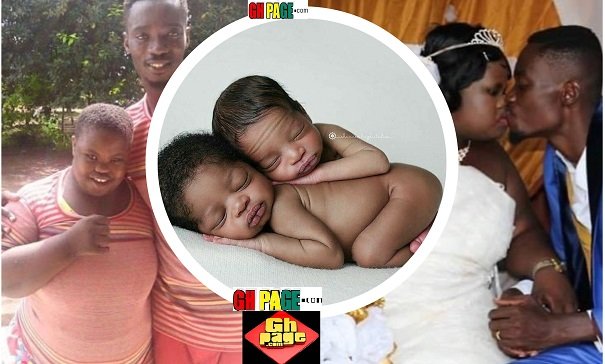 Kumawood comic actor, Justice Hymns popularly known as Mmebusem whose marriage became a subject of ridicule last year, has disclosed that his wife has given birth to twins in New York, Ghpage.com can state.

According to the actor his wife Abena Boatema is currently in the States and has delivered fraternal twins, that is a male and a female.

In a Ghpage.com has in its possession and which you are going to watch after the article, the actor insisted that he has proved all critics wrong, after public attacks over his marriage.

“I know the gossipers are watching and they are still doubting if I am married. Yes, I am married.You heard I married Abena Boatemaa and God been so good, she has given birth in New York City”He said

He also expressed his joy and prayed for a safe return of his wife to Ghana in a few days to come.

“I am so excited to announce to you that, my wife has given birth to twins.A male and a female. I pray for her safe return and that’s when you will see pictures”He stated

READ ALSO:Photos: Social Media Users Can’t Get Their Heads Around This New Photoshoot Of Kumawood’s Mmebusem And His Wife

Interestingly, the actor has also composed a song for his wife to express his gratitude to her.

No long talks, Just Watch the video below; 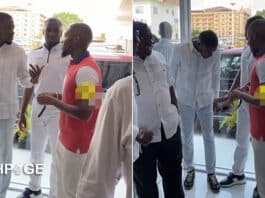 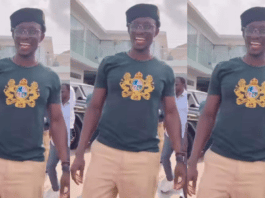 Cheddar mocked on social media for wearing a ‘foose’ T-shirt to... 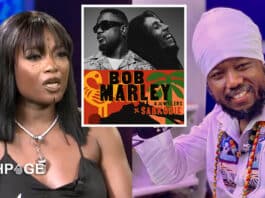 Efya slams Blakk Rasta over comments he made about Sarkodie-Bob Marley’s...