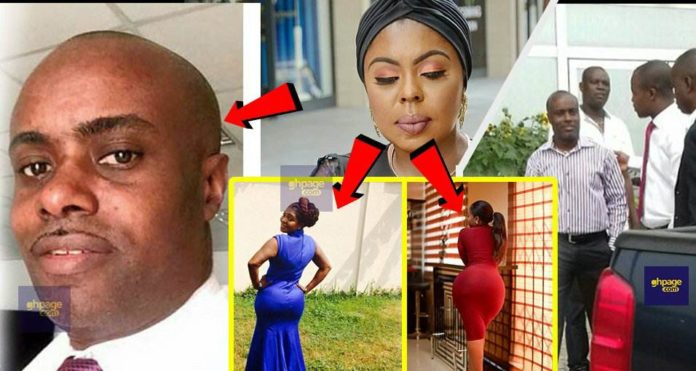 Dr Dominic Kwame Obeng-Andoh is the ‘sham’ body sculpture expert in Ghana and the director of a private medical centre in Accra, Obengfo Hospital, popularly known for liposuction surgery. He’s known for helping celebrities like Moesha and Nana Frema to have big butts.

Lipo surgery is the process to remove fat cells from a certain area, sort of like “debulking” in the area of fat. On the other hand, liposculpture is aiming at removing fat in areas to sculpt the body and that has been the solution for our hour-glass shaped celebrities.

read also: Christiana Awuni shares her experience when she went to Dr Obengfo

He was arraigned before an Accra Magistrate Court for the alleged murder of Stacy Darko Offei and was yesterday granted bail after successfully executing his bail terms.

An Accra High Court presided over by Justice Kofi Dorgu last month granted the embattled medical practitioner bail in the sum of GHC100,000 with two sureties, one of whom must be justified.

Earlier reports indicated that the doctor was struggling to fulfil the bail terms as a result of the condition of justifying one of the sureties, considering the money involved.

But the doctor has now successfully met all the conditions for bail set out by a criminal division of the Accra High Court in July 2018 and according to controversial Tv show host and comedienne Afia Schwarzenegger, the amount involved in the bail condition was settled by Moesha Boduong and Florence Obinim.

She made this revelation in her popular Tv show, Political Police on TV Africa, Tuesday, August 21.

read more: Tiwa Savage finally opens up on her relationship with Wizkid