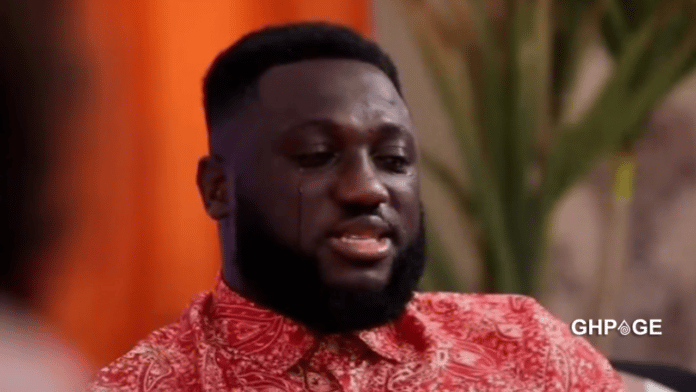 Iconic Ghanaian gospel musician MOG Music has tearfully recounted how he was forced to put the lifeless body of his seven-month-old baby into his car’s trunk after he was pronounced dead at the hospital.

MOG made this heart-wrenching disclosure during an appearance on Akwaaba Magic, DSTV channel 151 show, hosted by MzGee.

He was inconsolable throughout the internet as he cast his mind back as to how his wife suffered before she was able to deliver only for them to lose their child just after 7 months.

MOG Music continued that he and his wife were put in bigger distress when the hospital informed them they had no morgue in the facility hence the need to decipher how and where to dispose of their son.

“One of the doctors came and this is what he said, ‘Mr Boakye unfortunately, we apologise for what has happened, it wasn’t our fault’. The hospital didn’t have a mortuary, and they don’t have a place to get rid of the dead body so we would have to take the baby in a box to a cemetery and get rid of the body ourselves,”

The two met at a gospel show and after knowing themselves for a year, decided to tie the knot in a private wedding ceremony.