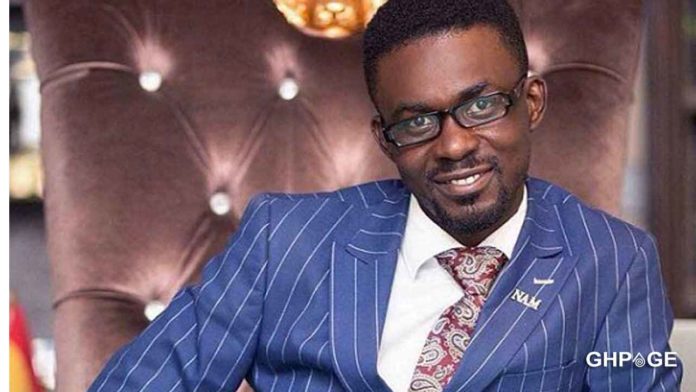 Nana Appiah Mensah-NAM1 after stepping out of his hiding place to sign a new artist – Tisha Bentil- to his record label, Zylofon Music has addressed the public on measures in place to pay the debt he owes the Menzgold customers.

READ ALSO: NAM1 steps out with macho men to sign a new artist to Zylofon Music

Prior to his public address, scores of people bashed him on social media most particularly the apprehensive customers of Menzgold where they were of the view that he should rather pay the locked-up funds rather than signing new artists.

The agitated customers see no sense in NAM1 trying to revive the defunct Zylofon Music which already has lost value after it’s top previous signees; such as Stonebwoy, Kumi Guitar, Sefa, etc left.

Well, NAM1 has heard the plea and complaints of his customers and have responded to all in an ‘Open Letter’ address on social media.

He took to Instagram this morning to post a press release with a ‘To Whom It May Concern’ title.

In the open letter, he answered his critics who are saying Menzgold and Zylofon are the same so he should rather use the money he’s investing in musicians to pay Menzgold customers.

He explained that though the two companies are owned by him, the debt of one company does not affect the operation of the other stating that it will be “a very low shot at logic and a glaringly incredible display of intellectual deficiency or bankruptcy”.

READ ALSO: Ras Caleb sues Obour and other executives of MUSIGA over embezzlement of funds

He averred his purpose of still going ahead with the operation of Zylofon Music and to use funds generated from there in assisting other sister companies key of which is Menzgold in paying his debt.

According to him, he’s been able to pay over Ghc 9.6m and still believes that he can do more by paying off his customers with the funds he would generate from the other sectors of his many owned private business.

Read the full statement below: