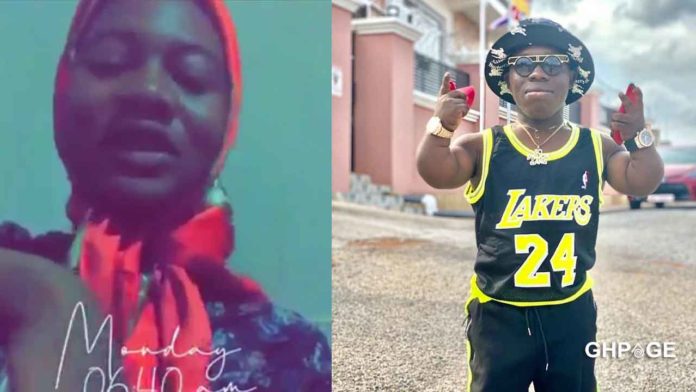 Over the weekend, Shatta Bandle was accused of allegedly raping a 15-year-old girl after he shared a bedroom video of them online.

The family of the young girl known as Aisha revealed that they are taking legal actions against Shatta Bandle for kidnapping and raping their daughter.

Well, the ‘Young Rich Nigga’ in a recent video, debunked all the rape allegations claiming that it was just a Snapchat video.

Shatta Bandle explained that Aisha came to see him after they both went for a show at Bole Dubai and that they never had sexual intercourse.

Also, Aisha who was reported to have been raped by the self-acclaimed richest man noted that she only took a picture with Shatta Bandle because he is a celebrity.

However, photos that have surfaced online proved that the two really had a good time and enjoyed each other’s company.

Below are some comments;

bongo1gh wrote; “Sia celebrity for where which work for the celebrities inside he dey do”.

dzigbordyez also stated; “It’s the celebrity part for me???”.

gordenofficial had this to say; “Heeer keep quiet who is a celebrity”.

michealbeela1 commented; “I agreed with the girl, she said it all”.