I am more popular than Stonebwoy, Shatta Wale and Sarkodie – Kwadee 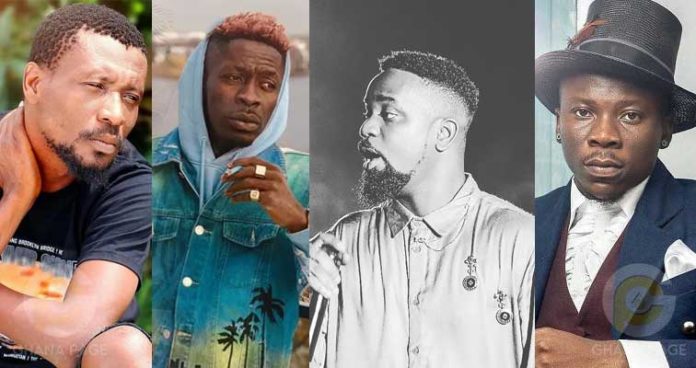 Okomfo Kwaade’s return to the music scene after many years of absence has somehow been halted due to how the current crop of musicians are making waves with hit songs and according to Kwaade, he is more popular than Shatta Wale, Stonebwoy and Sarkodie.

Known for songs like Ofie Nipa, Yeko Mmaa Pe, Abrantie, Wo Taataa Me, Obiara Ba Nnye, Ahwedee Abena, Meba Mo Nkyen, Obaa No, Boys Boys and Woo Kye, Kwadee became a household name and was and is still loved by many due to his unique style of music.

In an interview with Showbiz, Kwadee in his own words described himself as the most popular among Sarkodie, Shatta Wale and Stonebwoy, who are currently the biggest artists in Ghana

Even with several international awards to their name, Okomfo Kwadee is of the assertion that they cannot be compared to him when it comes to popularity.

“None of the artists I mentioned above have gotten to where I am. I was a nominee for Channel O Awards (2003) and KORA Music Awards (2005) but I didn’t even go for the events.”

“Everyone in Ghana knows Kwadee because of the music I did. I cut across both the old and the new, chiefs and prominent people listen to my songs.”

“Sarkodie winning a BET does not mean he is popular than me. When we do polls between myself and the A-list artistes we have now I still stand tall,” he said.

Read also: Lady narrates an affair with her landlord and his son and how it all ended

Asked to name his five top rappers, Kwadee said he does not have any at the moment because he has been absent from the music scene for a while.