Most Ghanaian artist are into Sakawa – Edem makes shocking revelation 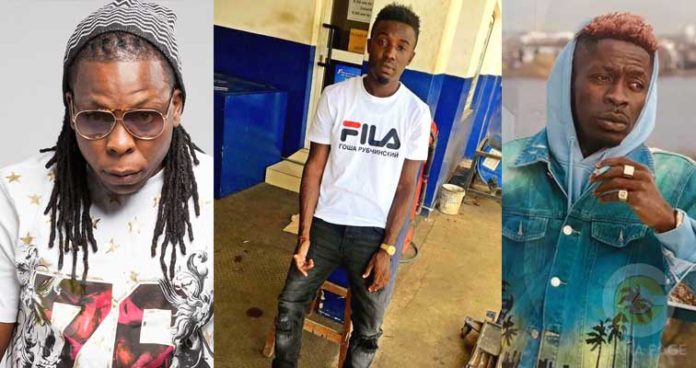 Ayigbe rapper Edem has made a shocking revelation disclosing how difficult it is to get the money rolling in Ghana music.

Many at times, there have been several complaints by music legends and current musicians because the structures and systems in Ghana not excluding royalties mismanagement by GHAMRO.

According to Edem, to live extremely good in Ghana as a musician, one must look out for ways and means to double the figures and in the quest to do that, most of them especially the males got to the extreme way of getting money such as internet fraud otherwise known as “Sakawa”.

In an interview with DJ Reuben on Luv FM’s Drive Time segment on yesterday, February 22, 2019, Edem revealed that the flashy lifestyle of some artist are not linked to the shows and royalties alone but rather ‘Sakawa’.

Although Edem failed to mention names of such artists but the flashy lifestyles of some of the artists will give you a fair idea of what Edem is talking about; he’s close to some of them and there might an iota of truth in what he’s saying.

In a recent post by Shatta Wale on Twitter, he revealed that when the going gets tough; Sakawa will be his next move.

In other news, movie producer, Samuel Degraft Johnson has revealed that Fella Makafui was living with a married man as her sponsor when he first met her a few years ago.

According to the movie director who has accused Fella Makfui of robbery, Fella Makafui has been relying on men to survive forever and she was even beautiful back then.