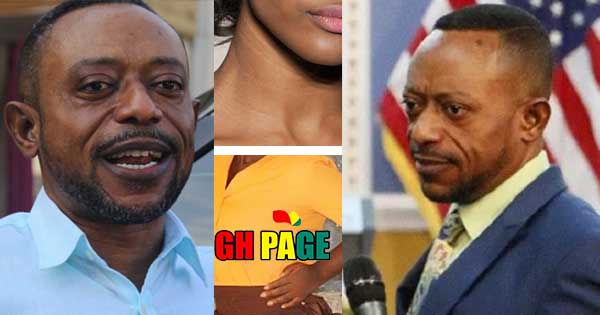 —The daughter, Yvonne revealed that the allegation was part of a scheme to disgrace the popular man of God.

—The mother declared that she has disowned her daughter

Ghpage.com reported Rev Owusu Bempah’s amorous relationship with a woman, and after decided to switch to her daughter.

These were allegations made by the woman, only identified as Rose, claimed the man of God had rented a hotel for her daughter to make their amorous relationship easy.

“You slept with the mother, friends and you want to sleep with the daughter too, you are a disgrace and your end is near”, the mother said.

READ ALSO: Woman Claims Rev Owusu Bempah has Slept with her, friends and even her daughter (Audio)

However, in response to these allegations, the mother and daughter were both interviewed on Accra based Okay fm.The mother maintained her stance and added woes be on her daughter for denying the amorous relationship between her and the pastor.

She rained curses on the daughter and continued to say that, it will never end her well in life if she continues that path.

The daughter, Yvonne, in a rebuttal also insisted the mother is lying and according to her,she is only behaving this way because she refused to kowtow to the evil agenda to help her disgrace Prophet Owusu Bempah.