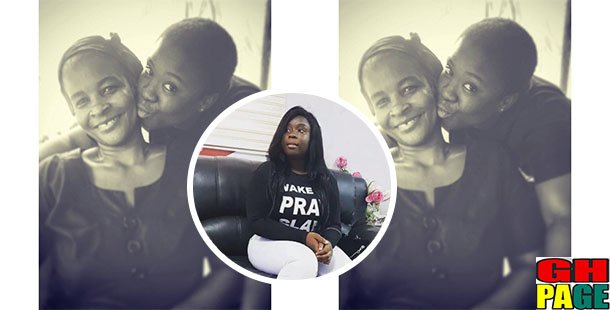 READ ALSO: Kumawood’s Maame Serwaa to sue bloggers for defamation -Here are all you need to know

The actress lost her mother on Thursday morning, December 7, 2017, in Kumasi and is the only female among her other two siblings.

Maame Serwaa speaking in an interview with one of her movie directors said her mother deserves to be buried as a rich and wealthy person.

She added emphatically that it will not be difficult for her even if she will have to spend all her account money on the funeral.

The versatile young actress also revealed that her mother was all that she has on this earth as a counselor, guardian, and a protector, so she needs to make her funeral a memorable one as a sign of appreciation to her life support.

READ ALSO: Video: “I Am Still A Virgin” – Maame Serwaa Opens Up More About Her Life, Family, And Career

Kumawood actors like Kwaku Manu, Emelia Brobbey, Yaw Dabo, Vivian Jill among others were there to mourn with the young actress the day her mother’s sudden demise occurred and will be there this coming Sunday for the one-week celebration.

It was gathered during the interview that Ghallywood acting stars including Jackie Appiah, Prince David Osei, Kofi Ajorlolo, Van Vicker, Martha Nkrumah, Majid Michel among others have also pledged their support to mourn with the actress both for the one-week and the funeral.