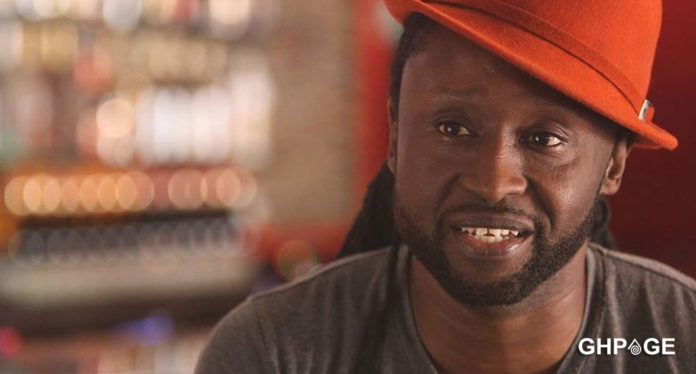 In an exclusive interview with BBC Pidgin, the Reggie Rockstone revealed that he cooked up the name himself.

He however acknowledged that it was inspired by popular cartoon, The Flinstones. He added that his mother criticised the name saying that it sounded like the name of a p0rn star.

He added that she urged him to change it but he felt that that was the perfect name to launch his music career.

Reggie Rockstone is credited as the pioneer of Hiplife genre of music. He has played an important role in the development this genre of music. Reggie raps in Twi and English and his style is unique. He continues to have an huge influence on Ghanaian music.