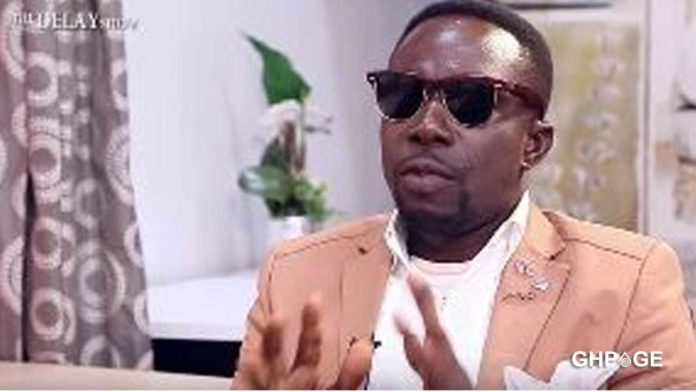 Is not news anymore that the Ghanaian movie industry is trying hard to find its feet once again and until then most actors and actresses have thought it wise to venture into something else.

Well, Kumawood actor Clement Bonney aka Mr. Beautiful after supporting the NDC in 2016 seems to have found a new profession as a bodyguard for one of the country’s men of God in the Prophet Badu Kobi of the Glorious Wave Chapel International.

The actor was captured as one of two security detail providing security to the prophet when he was hosted in the studios of Starr FM by Bola Ray on StarrChat yesterday September 19, 2019 evening.

It would be recalled that the once-popular actor got sidelined in the movie industry after he openly declared his intention to support then-President John Dramani Mahama in winning the 2016 elections.

But since the Kumawood industry is made up of mostly supporters of the NPP he stopped receiving movie roles from the filmmakers.

Clement Bonney is however not alone as many other Kumawood actors who openly campaigned for Mahama are also struggling to land roles in Kumawood.

Share
Facebook
Twitter
WhatsApp
Previous articleStunning photos that prove the dead Level 400 Legon student, Nana Ama Owusu-Nyantah was rising to be Ghana’s top model before she died
Next articleAsamoah Gyan to continue his football career with Indian side NorthEast United