My Music Career Is more Important Than The Girls – Kelvyn Boy 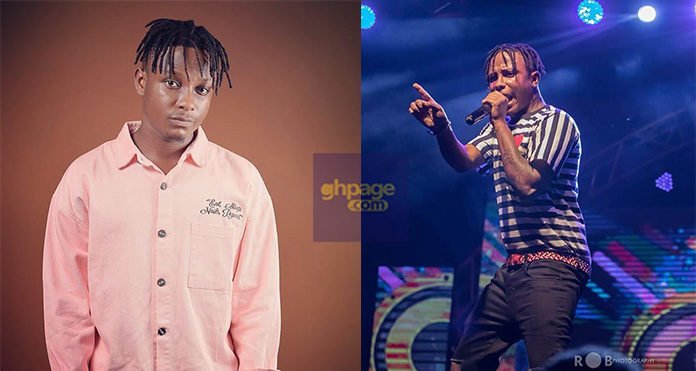 READ ALSO: Video: Shatta Wale Is No Match For Stonebwoy, I Can Lyrically ‘Murder’ Him – Kelvyn Boy

Kelvyn Boy in a recent interview has asked Ghanaian ladies to stop harassing artists so that they can focus on their careers to become better people for themselves and family.

The winner of the Unsung category at the Vodafone Ghana Music Awards who was speaking to Zionfelix in an interview indicated that he wants to focus on his career in order to become a hero like his mentor Stonebwoy and therefore the ladies should back off so he can focus on his work.

He indicated that currently, he is married to his music and has no time for a relationship because it may distract him from achieving greater heights.

READ THIS: This Throwback Photo Of Moesha Causes Social Media Users To Wonder How She Has Transformed So Much

“Now you hear people hailing Kelvyn Boy everywhere, he needs to focus so you people should tell the ladies to stop worrying us because he wants to focus.”

Kelvyn Boy indicated that he is open to collaborating with Shatta Wale and his Militants if his management clears him.

READ THIS TOO: Check Out These Childhood Photos Of Stonebwoy’s Wife, Dr Louisa Which Is Setting The Internet On Fire

Video: See Moesha’s Incredible Transformation From A Flat A$$ Girl To The Huge Backside Slay Queen