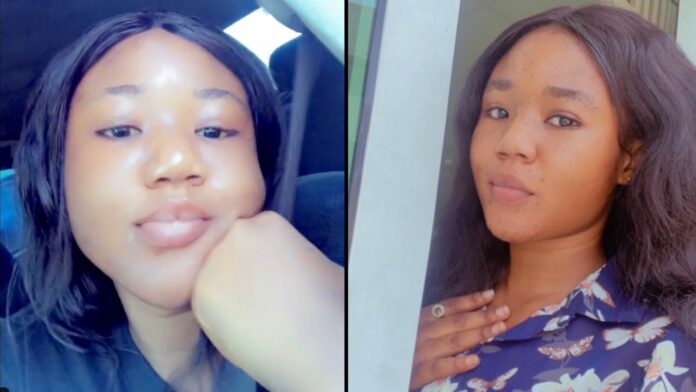 A young Ghanaian lady has cried over the fact that her father viewed her nakedness without her consent.

According to her, she was not expecting her father to bump into her room without prior permission just to inadvertently see her without clothes on.

In a tweet, Adiepena insinuated that she felt pained about the act that her father broke the moral protocols to see her in that state.

According to her, that was a breach of her privacy judging by how she looks currently, which should never be available for her father to see.

While many disagree with her that her father probably has the parental freedom to see anything on their daughter’s body, others, including Adiepana, have argued strongly.

According to them, she is no longer a child where her father has the liberty to watch her nakedness; she is now a grown woman who has developed in physique and has had most of her sensitive bodily organs fully developed.

Humility replied: Is this something you have to share with people? You have absolutely no respect. You are tampering with your father’s honour. Now anybody who knows you personally will look at your father with disrespect. Be wise next time.

Quophie replied: It’s inappropriate for your dad to see your nakedness. But come on that should be the least of your worries .

Junia replied: He must hve seen something else u neva had wanted him to see, aside ur vjay or breasts. Cos somebody who had seen ur nakedness since u wer kiddie, story no clear???

Did her father do wrong?