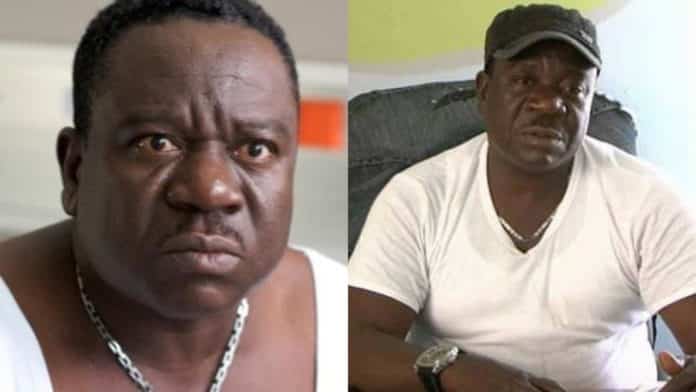 John Ikechukwu Okafor, also known as Mr. Ibu, a legendary Nigerian comic-actor, discusses parenting and how marital troubles affected his decisions and remolded him for the better.

In a recent interview with The Punch, the actor discussed the obligations that come with being a parent and the family’s leader.

He claims that he was a careless father at first, but that he retraced his mistakes and made a permanent shift.

Mr. Ibu also revealed that two of his wives left him after each producing a kid for him, adding that they left because he didn’t have enough money.

However, in order to avoid being looked down on again, he increased his efforts.

As he puts it:

“When you are young and single, it is a big difference from being a married man, and a bigger difference when you start to have children. When you have babies, you are becoming a man, and when you are becoming a man, you are thinking big. There were certain things I wouldn’t do that I do now because I am the head of my family and family comes first. Also, my children look up to me, learn from me and emulate me.

I have to show them that I am responsible so that they can be proud of who I am. God says you should nurture them, provide for them, and that is what I do. Fatherhood makes you a responsible person. We have fathers who are responsible, and there are others who are irresponsible and careless.

When I started my journey into fatherhood, I was a careless father, but by God’s grace, I was able to retrace my steps, build myself up, and today I am proudly a responsible father. If you are a careless father, who doesn’t care for his children, who doesn’t have a love for his family, who doesn’t have a love and passion for building a home, such a person is not a man. By providing for my family and making sure they never lack, I have been able to live up to my responsibilities as a father.

You have to build confidence in yourself. I learn every day as a father, and I never miss an opportunity to learn every day, which makes me a better parent.

I have people who learn from me and I teach them how to build a home even though I had some ups and downs in the course of trying to build a home. My first and second marriages failed; they (my wives) left me after having a child each for me.

I wondered what made them make such decisions and they made me know that it was because I didn’t have money. This made me know that I have to be able to keep my family and provide for them and make sure that they are satisfied and not have any reason to look down on me.”