My nose has played a big role in my success – Akrobeto 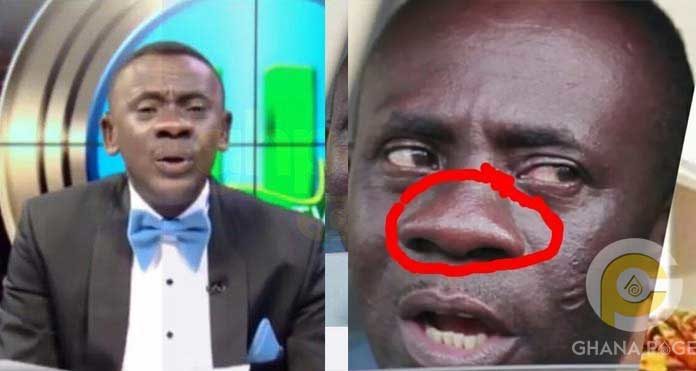 Popular Kumawood actor Akrobeto born Akwasi Boadi has revealed that his nose has played an important role in his success.

Speaking in a recent interview on the EwithBecks Show with Joy News’ Becky, the actor reveals that if not for his nose and talent he wouldn’t be where he is now.

Akrobeto, noted that he is not bothered when people make fun of him because of the size of his nose.

“If not for my nose and talent, I wouldn’t be in this position. If I was a nice guy, with pointed nose, small ears, and little eyes, small mouth, I wouldn’t be where I am today,” he said.

He added that he knows he has a big nose and he’s not bothered when people make fun of it.

The actor also stated categorically that Apostle Kwadjo Safo Snr played a major role in the development of his acting career and he will forever be grateful for his support over his 30 years in the acting business.