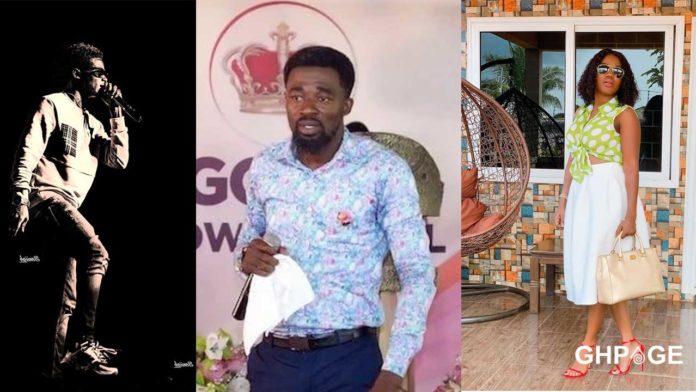 Musician turned radio presenter Mzbel has called for the arrest of Prophet Rudolph Gyebi aka Eagle Prophet after he dropped a doom prophecy on him some few days ago.

According to the Prophet, Kuami Eugene picture has been taken to certain places by his enemies and if care is not taken he would die in a similar way like late Dancehall artiste Ebony Reigns.

He urged that Kuami Eugene takes his prophecy serious and start praying very hard to avert the evil plans against him.

But songstress Mzbel is of the view that Eagle Prophet should be invited by the police and questioned over his prophecy since its a threat to the life of Kuami Eugene.

She continued that the Eagle Prophet might be killing the musician slowly behind closed doors.

Mzbel added that what annoys her most is the fact that when this unfortunate incident comes to pass, he the Prophet would start making noise about it just to make people believe he is a true man of God and get more Church members.

The “16-years” hitmaker cautioned that Ghanaians shouldn’t wait for Kuami Eugene to die before they start talking but rather the security authorities must bring Eagle prophet and other prophets to book.