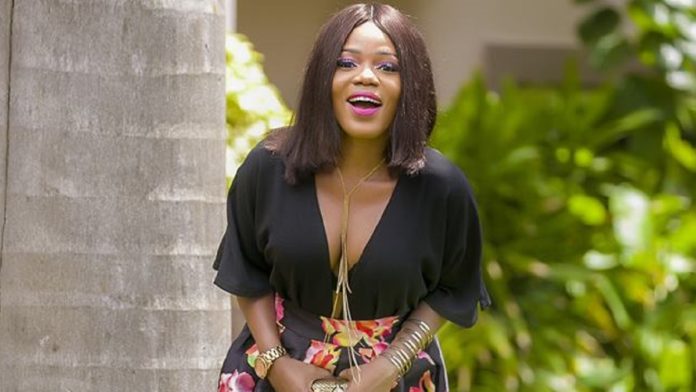 It seems the altercation between Ghanaian hiplife artiste Mzbel and her former best friend Afia Schwarzenegger has taken another level.

The two personalities for some time now have been throwing jabs at each other and exposing very surprising secrets about each other.

Recently, Afia Schwarzenegger shared a chat which allegedly confirmed her accusation that Mzbel slept with her boyfriend and later pleaded for forgiveness.

In reacting to this accusation, Mzbel denied ever having such a conversation with Afia Schwarzenegger, explaining that the chat was falsified.

Mzbel further stated that before December 2018, she had cut off all communication with Afia Schwarzenegger.

In the Whatsapp chat Afia Schwarzenegger shared which dated 22nd July 2018, the profile picture was the logo of Mzbel’s new ‘Chop Bar’, but the musician explained that the logo was designed in February 2019.

Mzbel explained that during the time Afia Schwarzenegger claimed she had such conversation with her, she hadn’t designed the logo, adding that Afia lied about the conversation.

The “16-years” hitmaker added that Afia Schwarzenneger is contradicting herself in all the allegations she has leveled against her (Mzbel).

According to Mzbel, Afia Schwarzenegger only wants to tarnish her image by broadcasting lies which she will not be silent over.