Horizon Royal Diamond case against NAM 1 in Dubai thrown out 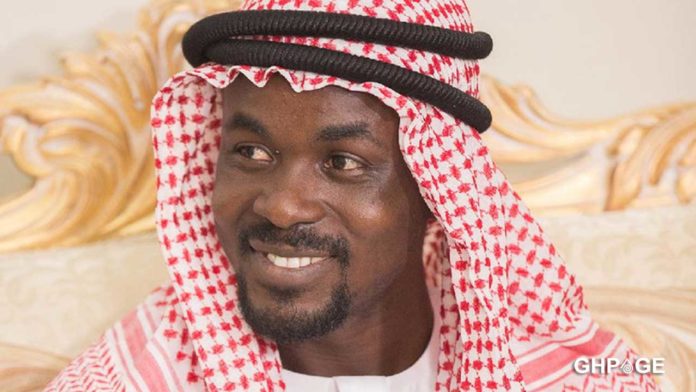 The CEO of Menzgold and Zylofon media Nana Appiah Mensah aka NAM 1 can now heave a sigh of relief after the Dubai Supreme Court threw out the case against him by Horizon Royal Diamond.

The business mogul and his company have in the past 10 months being battling a case which even got him arrested after he went to Dubai to chase some funds due him from a business transaction.

Though he was initially found not guilty by the court for fraud, the Dubai company Horizon Royal launched an appeal at the Supreme Court in Dubai to overturn the previous court ruling.

Well, taking to his social media handle, a happy NAM 1 tweeted that the case has finally been thrown out and he has been acquitted and discharged by the court for any wrongdoing.

He tweeted: “Horizon Royal Diamond DMCC’s Supreme Court review of the Menzgold acquittal and discharge, by the Dubai first instance and Appeals Court has been thrown out today by the Dubai Supreme Court. WE BLESS GOD?. #RoadClearNow #Good2Great #Water2Wine#GhanaShallProsper?” 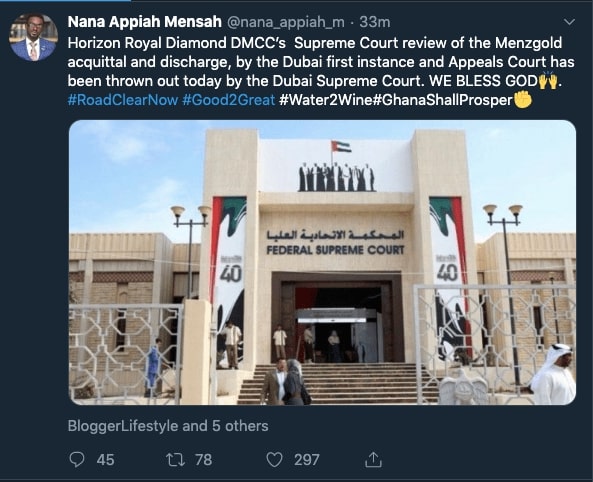