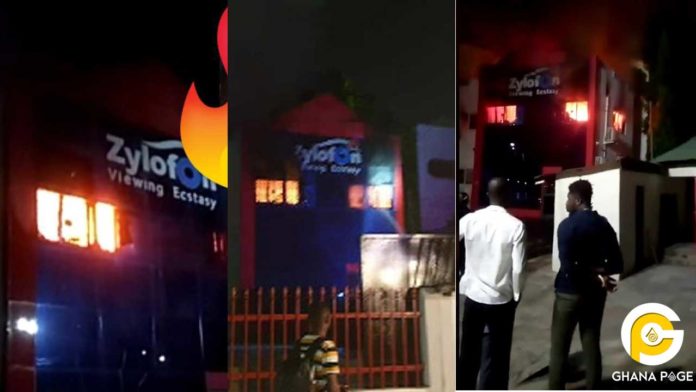 The building which is located at East Legon in Accra went up in flames on the night of Monday, November 25, 2019.

It is not known what caused the fire but fighters were struggling to quench the fire as at 10:00 pm.

According to a statement from the media outfit, the fire incident occurred at about 9:00 pm.

“Thankfully, the incident which affected one of our two buildings, occurred in the night after most of our staff members, clients and visitors had departed the premises.

We are extremely grateful to God that there were no human fatalities or casualties. While one part of the complex were damaged by the fire, the swift response of the Ghana National Fire Service, some of our staff, friends, and well-wishers, who all responded to the incident in diverse ways, contributed to the swift containment and extinguishing of the fire,” a statement from the company read.